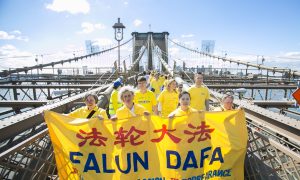 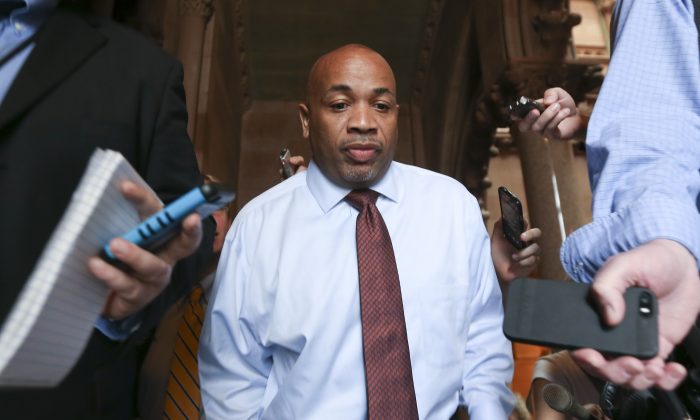 NEW YORK—Lynda Williams woke up Tuesday in her Brooklyn apartment of 34 years wondering about her future there, after the state’s decades-old rent regulations expired overnight.

Although officials say the laws ultimately will be renewed, “it’s scary for me,” said Williams, a retired nurse who has seen deregulated apartments across the street from hers rent for considerably more than she pays.

“It would be impossible for me to move somewhere else and pay the rent I’m paying now and be able to support myself,” she said.

As Gov. Andrew Cuomo discussed the rent laws Tuesday morning in a closed-door meeting with top lawmakers in Albany, renters and housing advocates rallied outside his Manhattan office and at City Hall to decry the regulations’ lapse at midnight Monday despite months of discussion.

If the laws aren’t extended, restrictions on rent increases and evictions for more than 2 million tenants in and around New York City would disappear once their leases expire.

If the laws aren’t extended, restrictions on rent increases and evictions for more than 2 million tenants in and around New York City would disappear once their leases expire. Lawmakers say that’s an unlikely scenario, but it has tenants nervous: New York City’s 311 information hotline has seen an uptick in calls about rent regulation in recent days, though no tenants have reported problems with landlords stemming from the expiration, Mayor Bill de Blasio said.

Cuomo has said he won’t let lawmakers leave Albany until they renew the rent regulations, seen as crucial to the future of affordable housing in the nation’s largest city.

The laws briefly expired during their last renewal cycle four years ago; an extension passed a few days later. Seeking to reassure tenants, Cuomo has said any renewal agreement this time will be retroactive and has warned of “serious legal consequences” for landlords who try to raise rents or dislodge tenants in the meantime. De Blasio encouraged tenants to contact the city if they believe they’re being targeted, and other city and state officials also have offered to help tenants.

But tenant Molly Hernandez wasn’t comforted by assurances that her landlord must abide by the terms of her lease on her rent-stabilized apartment in Brooklyn’s Crown Heights neighborhood.

“The governor needs to do something,” she said while demonstrating in front of his office.

The state Assembly’s Democratic majority passed a plan in May that would renew the rules for four years, lower the rent increases allowed on vacant apartments, and repeal a provision that currently allows some apartments to be deregulated when tenants move out. The Republican-led Senate passed a proposal Monday to extend the law for eight years and institute new income verification rules for tenants.

The Democratic governor has said he wants stronger tenant protections, among them making it tougher to deregulate vacant apartments. But his critics say he could do more to put a deal in motion. They accuse him of attempting to tie rent regulation to unrelated issues, such as his education tax credit proposal.

Natasha Creese is watching the debate play out from her Crown Heights apartment of 25 years. She’s concerned that changes to the rent laws could accelerate displacement in the area, where an unregulated three-bedroom can easily rent for three or four times the $1,000-a-month rent she and her sisters pay.