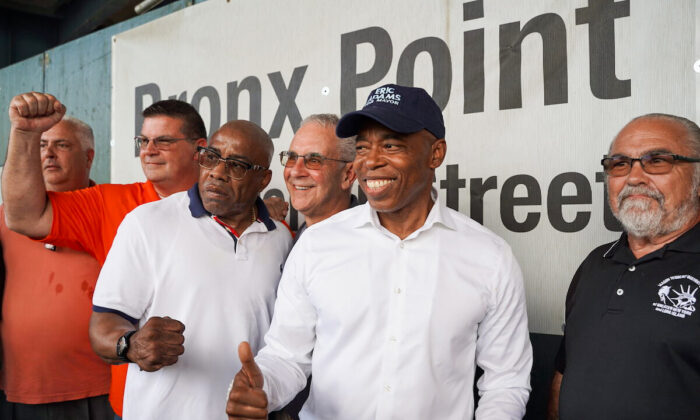 The front-running New York mayoral candidate said in an interview with CCN that he would preserve the Gifted and Talented (G&T) program should he become the next mayor.

“We need to expand the Gifted and Talented program, [it] was isolated to certain communities. That created segregation in our classroom,” Adams said.

Current New York City Mayor Bill de Blasio announced last week his plans to cancel the G&T accelerated learning program for schoolchildren, drawing criticism from New York State Assemblyman William Colton and New York City Councilmember Robert Holden, both Democrats, who rallied with parents outside the headquarters of the Department of Education on Thursday for the second time to demand that the program be kept.

De Blasio’s move, however, was lauded by another group that claimed that the program is racist and excludes Latino and black children, who constitute the majority of the school system, while the students enrolled in the G&T program are largely white and Asian-American children.

“We need to test out children throughout the educational experience, not only at age 4, age 6, age 10, let’s continue to test them,” Adams said.

Adams noted that children should be able to opt out of the program, and furthermore children with disabilities and disadvantages should be focused on as well, noting that “55 percent of Riker’s inmates have learning disabilities.”

When the CNN host asked Adams if he would put back in place the G&T program if de Blasio takes it out, Adams responded: “He can’t get rid of it until next year, there’s a new mayor next year, that mayor must evaluate how he’s going to deal with the gifted and talented program, there’s nothing to put back in place.”

He then reasserted that he would not get rid of the program, instead, he would opt to expand it.