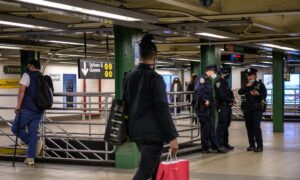 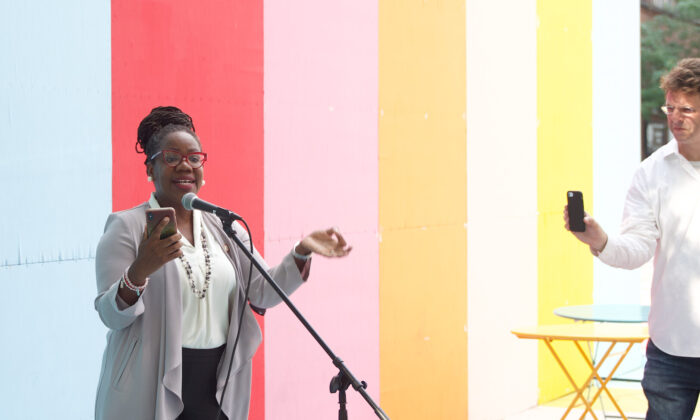 Alicka Ampry-Samuel, a council member representing New York’s District 41, gave a speech related to a new bill she is sponsoring to ban gas in the city.

Representatives from New York’s Passive House, American Institute of Architects–New York, and Alloy Development also voiced their support for the bill in front of a 44-story building, which they said was all-electric at Flatbush Avenue, on Sep. 13.

District 41 encompasses a series of mostly black neighborhoods and is located in eastern Brooklyn.

“It is my goal to see bill number 2317 pass in the NY city council before we all leave in December,” Ampry-Samuel said, “because we need to make sure that this bill, the gas ban bill becomes law in New York City.”

“This legislation would effectively prohibit the use of gas-operated heating systems in new constructions or full gut renovations across NYC. Our mayor and city want to be carbon-free by 2050,” she said, adding, “This bill creates the necessary parameters to ensure that we meet that goal”

She highlighted that New York Gov. Kathy Hochul last week signed a bill that would make all passenger vehicles sold in New York City to be emission-free by 2035.

“Our president, President Biden has a goal to create a carbon-free, pollution-free power sector by 2035 and a net-zero emissions economy by no later than 2050,” she added. “So we’re talking about the goals of the city, the governor, and the president of the United States. I don’t know why I’m constantly being asked ‘is this possible in the city of New York.'”

“Clearly it’s possible because it has to be,” Ampry-Samuel said.

In regards to the bill, James Whelan, president of the Real Estate Board of New York, said that the reduction of fossil fuels in buildings is “laudable” but it requires “serious planning and a data-driven approach to ensure they are achievable and will help reach our shared climate goals.”

“Numerous advisory groups, including the city’s Local Law 97 Advisory Board and the state’s Climate Action Council, are working through this challenge right now and considering significantly different and more thoughtful approaches. This legislation ignores these ongoing substantive discussions and instead puts forward a fundamentally flawed proposal that would upend the lives of millions of residents across New York City and significantly increase costs for homeowners and renters,” Whelan said.

“Further, this proposal will not effectively reduce carbon emissions because the city’s electricity will continue to be sourced almost entirely by fossil fuels when this proposal would be implemented as well as for several years thereafter,” he added.