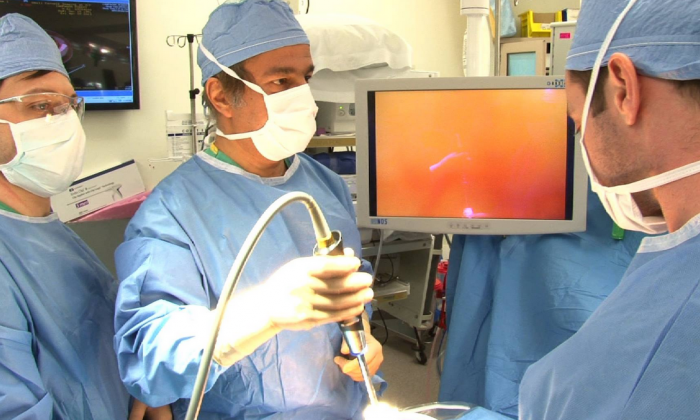 NY Med Season 3? Will ABC Show Be Renewed or Canceled After Season 2 Finale?

NY Med season 2 is set to wrap up on Thursday, August 14, and fans are wondering whether to expect a season 3.

ABC hasn’t made an official announcement yet either way.

The show started in 2012, featuring staff at the Columbia and Weill Cornell Hospitals in new York City.

Season 2 has included the operating rooms in Newark’s University Hospital.

The ratings have been good in season 2, even surpassing those in season 1.

So while ABC hasn’t announced a renewal yet, it will likely be renewed.

As for a projected premiere date for season 3, it will likely start in June or July 2015. Although there was a two-year break between the first and second seasons, the success of the show should prompt the network to cut that break in half.

Meanwhile, Marina Dedivanovic, an ER Nurse featured on the show, recently recounted in a blog post the positive impact it has had.

“I love the ER because it is a constant adrenaline rush. The wheels of my brain have to keep turning or I get bored quickly, which is why I chose emergency nursing. But who would have ever known in the midst of treating patients and saving lives that there would be a camera following me around, and that one day the footage would end up on a national television network?” she said.

“Well, here we were, and when producers approached me again to ask  if I would be interested in being filmed for a second season, it was one of the hardest decisions I’ve ever made.

“I had already had a camera in my face for almost a year straight, every day.  All eyes were on me — from patients to patients’ relatives to coworkers to management. And just when I thought it was all over, we were doing it all again.

“Well, how could I have refused? The response after the first season of NY Med was overwhelming, but in an amazing way. To think that I have inspired people to go into nursing school is the best feeling in the world. The public eye finally gets to see what it’s really like working in one of the busiest hospitals in NY. It’s the real life Grey’s Anatomy.

“I think patients opened up more when they knew they were being filmed. Most memorably, I happened to meet a handful of amazing, funny, witty, smart, and very experienced elderly women who are happily married for over 60 years. And when I say happily married, they were so cute they had me in tears. It gives me hope. It really does – to see firsthand that happiness in relationships can last that long. I learned to always ask what the secret is – and you’d be surprised to hear the advice these women have given me on how to maintain a successful, happy, long lasting marriage.”