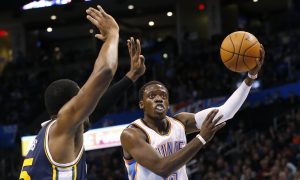 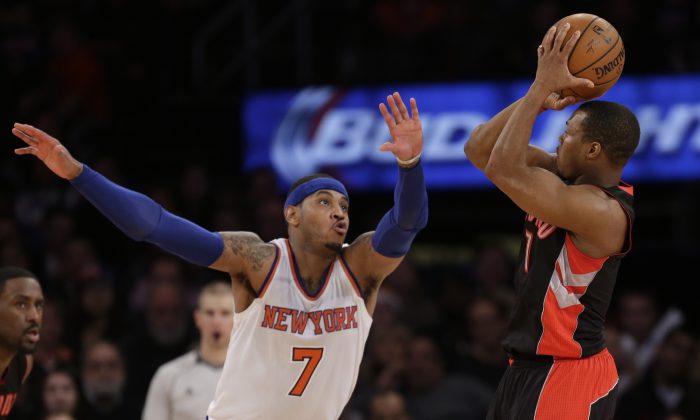 The New York Knicks suffered another tough loss over the weekend and the news and rumors are ramping up.

Carmelo Anthony is hurting and may need surgery.

If the Knicks were in playoff contention, postponing the operation until the offseason might make sense.

But an increasing number of people are saying the Knicks should end Anthony’s season now, and be content to get a high lottery pick.

That move could be described as tanking.

“With Anthony bothered by a sore left knee (and bruised ego), should the Knicks just send him to the Hospital for Special Surgery already to have it fixed — thus avoiding the ignominy of wasting one of the good seasons he has left, at age 30 in the first year of a five-year, $124 million contract?” CBS reporter Ken Berger wondered.

“I say, why not? What’s one more lost season and a few less $12 beers if it ensures that the Knicks finally will be able to exercise the rights that come with a premium first-round pick? It’s not like Anthony is taking them anywhere but the lottery anyway.”

Anthony doesn’t want to sit out, but the Knicks could use the highest pick possible in this draft since they don’t have one in 2016.

And it’s become impossible to imagine the team making the playoffs even in the Eastern Conference, sapping any motivation there might be to keep Anthony logging big minutes.

Shumpert Out for Weeks

Iman Shumpert, one of the Knicks most consistent players, will be out for at least three weeks due to a dislocated left shoulder.

“We don’t want to jeopardize the remaining part of his season, so we’ll have to see,” Knicks coach Derek Fisher told ESPN.

Smith is day to day with a small partial tear of the plantar fascia in his left foot.

“The timetable for return following plantar fascia injuries varies widely depending on the degree of the tear,” noted the broadcaster.

Fisher said Smith would start, but the former Sixth Man of the Year was ruled out after warming up.

Without Shumpert and Smith, the Knicks only have one shooting guard–Tim Hardaway Jr.–on the roster. He started against the Raptors and played 35 minutes.

The Knicks filled in the position with backup point guards Shane Larkin and Pablo Prigioni, pairing them at times with starting point guard Jose Calderon.

Andrea Bargnani, Toronto’s former No. 1 overall pick who was dealt to the Knicks in the summer of 2013, still hasn’t played this season because of hamstring and calf injuries.

Bargnani was slated to return weeks ago but for yet-unexplained reasons did not.

Marc Berman of the New York Post says Barnani is partly to blame for the team’s current collapse.

“Bargnani watched the Knicks collapse famously in overtime from the bench, in a black suit. That’s appropriate since he’s been the black cloud over the franchise since he got here,” he said.

“Bargnani is needed even more and he couldn’t be more invisible. He still could be a shotmaker. Counting last season, Bargnani has missed 66 straight regular-season games with either a torn elbow ligament, hamstring strain or calf strain. He’s making $12 million this season, so figure the black suit he wore on the bench Sunday night is top of the line.”

“Until he practices, I can’t say what I expect,” Fisher said before the game. “When he’s at practices and he’s out there, that’s when it will be. It isn’t a situation where we’re counting the days. He is progressing but we saw what happened last time. I’m not ruling it in or out. When it happens, that’s when it will happen.”

Apparently new team president Phil Jackson thought Bargnani would be a good fit in the triangle, and has been flustered at the center not playing at all.

The only hope now may be trading Bargnani away, because his contract is up after this year, but it’s unclear how much of value the team could get in return.