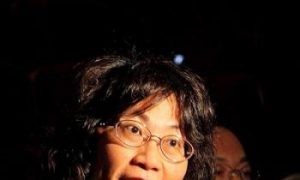 Minister of the Council of Labor Affairs: 'I cannot help crying'
0 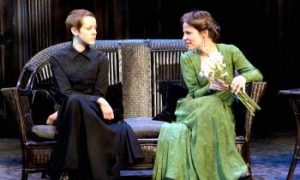 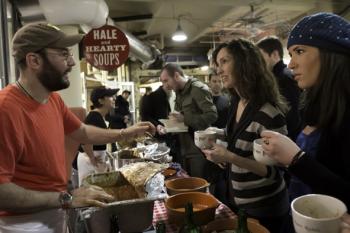 SLOW COOKING: Eder Montero (L) prepared for the New York ChiliFest 2011 competition with his wife Alex Raij in their kitchen at Txikito on Ninth Avenue, between 24th and 25th streets, for two weeks. (Phoebe Zheng/Thew )
US

By Tara MacIsaac
Print
NEW YORK—A 500-foot concourse of simmering, savory chili, 2,000 people sweating out the heat of the spicy dishes, country music, and kegs of beer converted Chelsea Market into the ultimate chili-tasting center on Sunday night, as New York ChiliFest 2011 opened its inaugural doors with a tasty tradition in the making.

Chefs from restaurants such as The Green Table, Fette Sau, and Vinegar Hill House—24 competitors in all—put their own twists on the beloved Mexican dish and served it up to the eager chili-tasting crowd and the judges.

“It's pretty standard,” said Matt McKenzie, a ChiliFest attendee, in reference to his own recipe for the dish. “It reminds me of watching football on Sundays. We just put it on [and leave it] all day to cook.” McKenzie came out Sunday night to experience a different take on an old favorite.

The judging panel included Nick Fauchald, editor-in-chief of Tasting Table; Gabriella Gershenson, editor of Saveur Magazine; Josh Ozersky, who writes the “Taste of America” column for Time Magazine; Melissa Clark, who writes about cuisine for several publications including Martha Stewart Living and Food & Wine; and Martin Tessarzik, a farmer for Wrighteous Organics, the sole provider of beef for the Chili Fest chili.

Cinnamon, Dr. Pepper, and barbecue sauce were some of the delightfully unexpected ingredients added by the chefs. Even kim-chi made an appearance in a Korean-style chili.

“The spices and flavors are similar,” said Julian Medina of Toloache, commenting on his perception of the link between Mexican and Korean foods. His recipe included kim-chi (a Korean dish made of fermented vegetables, often cabbage), jalapeno pepper, ginger, and both Korean and Mexican chilis.

Many of the chili stands kept the dishes of hot peppers off to the side, so that chili tasters could spice things up to their own liking. There were some chili enthusiasts sporting runny noses and red faces, but most people seemed to keep things within their spice threshold.

‘A LABOR OF LOVE’

Dan Ross-Leutwyler of Vinegar Hill House said the key to cooking a good chili is that “it has to be cooked as ‘slooooowly’ as possible.”

At Vinegar Hill House, they began cooking their chili on Thursday. It needs to be tended regularly, with no more than 20 minutes between stirrings over a 12 to 14 hour period, explained Ross-Leutwyler. They seared the meat first, caramelizing it. The Negra Modelo beer was then mixed with the spices to create a taste Ross-Leutwyler was sure would be a winner.

Letting the chili sit after it has been cooked is another part of the long process of making a good chili, Ross-Leutwyler noted.

“Flavors don't really come out until the chili has been sitting for a couple of days,” he said.

A well-made chili is a rare and a treasured treat. The return is worth the investment made on the slowly cooked savory, even if a little heartburn taxes the body.

The event gave a charitable return as well, with proceeds going to Food Systems Network NYC, a community network that supports a regional food and farm economy, promotes human and environmental health, and prevents hunger.