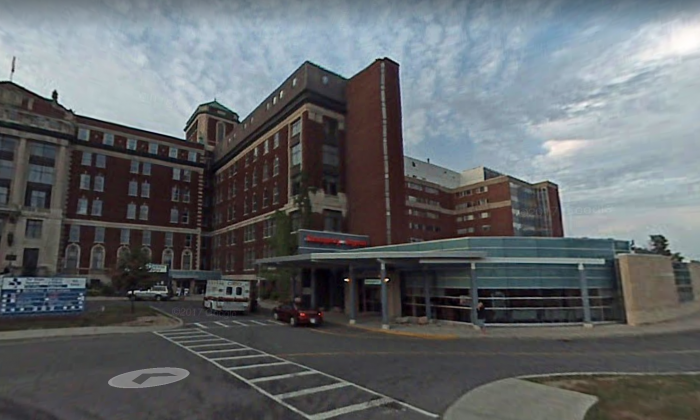 A hospital in Canada issued a statement on Friday, Nov. 24, after one of its staff reportedly told an emergency room patient to lie down on the floor.

A retired nurse, Matina Campbell, witnessed the incident on Monday night, Nov. 20. at the Ottawa Hospital Civic Campus in Ontario.

She told the Ottawa Citizen that the man was waiting in the hospital’s crowded emergency room, with an injured back and was vomiting and crying in pain. His injuries resulted from a fall on some ice.

The man told a health worker passing by,  “I can’t take this much longer, I feel like I am going to pass out” and begged for a place to lie down, according to Campbell.

But instead, he got a snide response from the staff member.

The worker pointed to a dirty spot in the room with high traffic—in response to his plea, according to the newspaper,

“The waiting room became silent. There were gasps,” Campbell told the Ottawa Citizen. “A few people besides me said, ‘You’ve got to be kidding.'”

However, Campbell stood up and argued that the man—who has not been identified as of writing—needed a stretcher.

“I have been a nurse. You don’t put a patient on a floor. I said, ‘Get him a stretcher’” she said.

The unnamed man was eventually given a stretcher. He was told he would have to wait for around four hours.

In a statement on Friday, the hospital apologized and said it had reached out to the patient.

“We apologize for any misunderstanding or distress. We have also reached out to the patient to offer that apology, to explain that it was a busy night in our emergency department and that we regret the moment in which this incident took place,” the statement obtained by the Ottawa Citizen said.

“Our staff, including the staff member in question, take great care to manage the impacts of high occupancy and other pressures on patients. This moment is an opportunity to learn and improve for all.”

On the day of the incident, the hospital was over 108 percent capacity, according to the Ottawa Citizen. During the week it had been even higher in some slots.

“I have been an RN for 40 years,” Campbell told the Ottawa Citizen. “I know patient care is declining, but this is ridiculous.”

Campbell was at the emergency department for her son who had abdominal pain and a fever—they waited for over seven hours.

“I have been on the other side and I understand the frustrations of the staff attempting to give quality care with limited resources after staff and bed cuts. I know how deflated they feel when they’re unable to do so. However, I remain at a loss trying to understand how the mistreatment of this young man, stripping him of his human dignity, could occur in a Canadian hospital,” she told the newspaper.