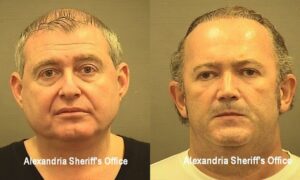 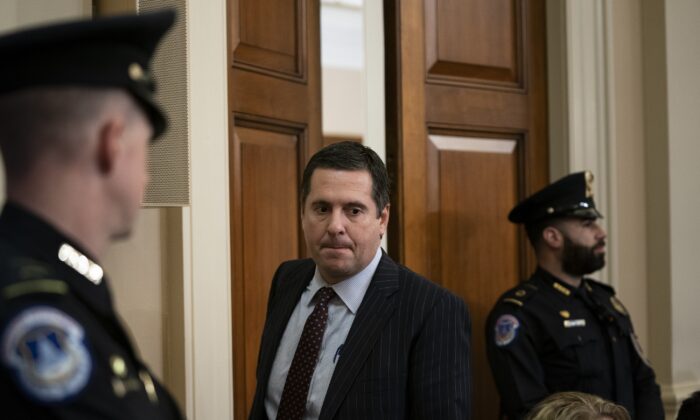 “Devin Nunes did not go to Vienna or anywhere else in Austria in 2018,” the suit stated.

Nunes, who is seeking damages of more than $435 million, said he did travel between those dates but went to Libya to discuss security issues with Gen. Khalifa Haftar, and to Malta, where he met with U.S. and Maltese officials, including Prime Minister Joseph Muscat, and participated in a ceremony.

The trip was part of a congressional delegation, the lawsuit said. The suit included pictures of Nunes with Haftar, with Muscat, and at the ceremony, which was for the repatriation of the remains of a U.S. soldier who went missing during World War II.

“At no time during his visits to Libya or Malta did [Nunes] or his staff ever meet any Ukrainians or have any discussions with anyone about the Bidens,” the suit stated.

CNN also claimed that Nunes met with Viktor Shokin, the Ukrainian prosecutor who was fired after Biden threatened to withhold $1 billion in aid.

The story relied heavily on Joseph Bondy, an attorney for Lev Parnas, who has been indicted for campaign finance fraud. The piece said Nunes was in contact with Parnas in late 2018.

“Devin Nunes did not communicate with Parnas in December 2018,” the suit stated.

Phone records obtained from AT&T and released by House Democrats earlier on Dec. 3 showed that Nunes spoke with Parnas by phone multiple times, including several times on April 12.

Parnas is clearly “a fraudster and a hustle,” the suit stated.

“It was obvious that his lies were part of a thinly veiled attempt to obstruct justice and to trick either the United States Attorney or House Intelligence Committee Chairman Adam Schiff into offering ‘immunity’ in return for ‘information’ about Plaintiff—a prominent United States Congressman and Ranking Member of the House Intelligence Committee.”

In addition to writing the story published about Nunes, author Vicky Ward appeared on “Cuomo Prime Time” with host Chris Cuomo to discuss the information she had reported. During the segment, the attribution of the information to Bondy mostly vanished and the details were presented as fact.

“How do we know that Nunes met with Shokin?” Cuomo asked.

“So, it gets interesting,” Ward said. “Shokin tells Lev Parnas, Rudy Giuliani’s associate, who’s Ukraine-born. And what’s interesting is that Nunes comes back and tries to recruit Lev Parnas. He does recruit Lev Parnas to merge his effort, his and Rudy Giuliani’s investigations, with his. He has an aide meet with Lev Parnas, and they discuss how to reach out to various Ukraine prosecutors, who might have information on the Bidens.”

And when he said that Nunes met with Parnas “about dirt on the Bidens,” she said, “Yes.”

Nunes has previously filled a series of lawsuits alleging defamation and other offenses.

In April, he sued newspaper publisher The McClatchy Co. and political operative Liz Mair, claiming $150 million in damages for defamation. The suit alleges that McClatchy conspired with Mair and her opposition research outlet, Mair Strategies, to spread false statements about Nunes. McClatchy called the lawsuit “baseless.”

In September, Nunes sued opposition research outfit Fusion GPS and left-leaning watchdog group Campaign for Accountability (CfA). He alleged that they engaged in a racketeering conspiracy by filing ethics complaints against him that the suit called “fraudulent and retaliatory.”

The suit seeks nearly $10 million in damages, as well as “dissolution and/or reorganization of Fusion GPS and CfA.”

CfA denied hiring Fusion GPS to investigate Nunes as well as coordinating with Fusion GPS on the ethics complaints filed by CfA.