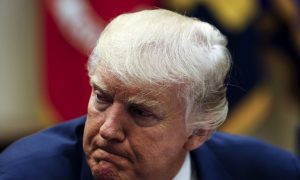 Trump: I Think Obama Is Behind the White House Leaks
0 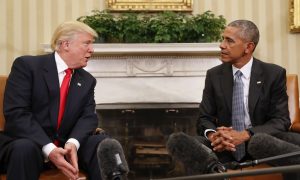 Trump and Wiretaps: What We Know
0 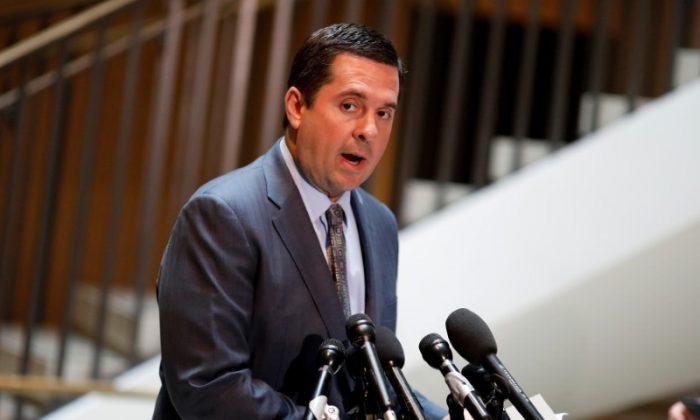 House Permanent Select Committee on Intelligence Chairman Devin Nunes (R-CA) speaks to the media about President Donald Trump's allegation that his campaign was the target of wiretaps on Capitol Hill in Washington on March 7, 2017. (REUTERS/Aaron P. Bernstein)
Politics

WASHINGTON—The Republican head of a congressional panel investigating accusations of Russia’s interference in the 2016 U.S. election said on Sunday a leak involving former Trump aide Michael Flynn was a crime and that the panel was probing whether other names were leaked.

“The one crime we know that’s been committed is that one: the leaking of someone’s name …,” Representative Devin Nunes, chairman of the House of Representatives Permanent Select Committee on Intelligence, told Fox News Sunday. “That’s what we’re trying to get to the bottom of: were there any other names [beside Flynn’s] that were unmasked, leaked and leaked out?”

Trump has been dogged by allegations that his associates had ties to Russian officials. Trump fired Flynn, his former national security adviser, last month, saying Flynn failed to properly brief the administration about the content of his conversations with Russia’s ambassador before Trump took office on Jan. 20. Flynn’s conversation, intercepted by U.S. intelligence, was apparently leaked to media—a felony offense.

But Trump pushed the matter a step further when he tweeted on March 4 that the Obama administration had his phones “wires tapped” during the 2016 presidential campaign.

House of Representatives Speaker Paul Ryan and other leading Republicans have said no wiretap took place. On Fox, Nunes said that he did not believe any physical wiretapping took place.

Physical wiretapping is not necessary, however, as the intelligence agencies can intercept communications as they pass through data hubs of service providers. After his tweet, Trump clarified he used “wires tapped” in quotation marks as a general term for any surveillance. His assertion was mostly based on a piece of news broken by Louise Mensch in a Nov. 7, 2016 Heat Street article.

Referring to “[t]wo separate sources with links to the counter-intelligence community” she wrote that “the FBI sought, and was granted, a FISA court warrant in October, giving counter-intelligence permission to examine the activities of ‘U.S. persons’ in Donald Trump’s campaign with ties to Russia.”

FISA (Foreign Intelligence Surveillance Act) is a warrant that grants the FBI permission to collect evidence, including emails and phone calls, regarding U.S. citizens and permanent residents who may be acting, even unwittingly, as “agents of a foreign power.”

Trump: I Think Obama Is Behind the White House Leaks

Mensch further wrote that “it is thought in the intelligence community that the warrant covers any ‘U.S. person’ connected to this investigation, and thus covers Donald Trump and at least three further men who have either formed part of his campaign or acted as his media surrogates.”

On Monday, Nunes and Adam Schiff, the top Democrat on the House intelligence committee, will lead a rare open hearing on the investigation into alleged Russian election meddling where the directors of the FBI and NSA are expected to testify.

The Russian government has rejected an accusation by U.S. intelligence agencies that it worked to influence the election in Trump’s favor by hacking computer systems and by other methods.