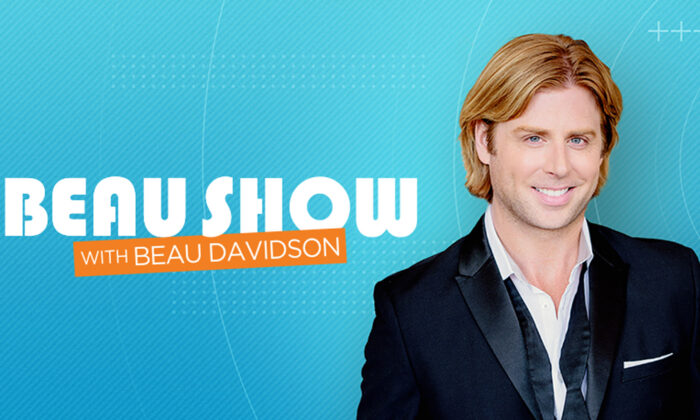 “The Beau Show,” hosted by singer-songwriter Beau Davidson and produced by NTD Television, The Epoch Times’s sister company, captured a bronze award in the “Series: Cultural” category of the 43rd Annual Telly Awards.

The Telly Awards was founded in 1979 to honor excellence in local, regional, and cable television commercials, with non-broadcast video and television programming added soon after, according to the award’s website.

Beau launched “The Beau Show,” a new analysis and edutainment show, in March 2021, on which he tackles everything from politics to pop culture and true patriotism.

According to the show’s page on Epoch TV, Beau is “beholden to no political parties or special interests” and “aims to bring Founding Father-intended freedom of speech and expression to the fore, letting that precious liberty steer the course to inform the electorate.”

Beau is an Emmy-nominated singer, actor, and songwriter. He is known for movies such as Runaway Romance and The Ultimate Legacy, as well as TV shows The Bold and the Beautiful, and The Singing Bee.

Beau’s passion for supporting U.S. military and veterans issues has been manifest in his artistic work, such as his music video and composition “Blessed,” and collaborations with the U.S. Army Band.

Beau is also one of the U.S. Jaycee’s “Ten Outstanding Young Americans,” an award given each year to 10 people who have been pioneers in their careers, while also maintaining a commitment to philanthropy.

Click here to watch “The Beau Show” on EpochTV