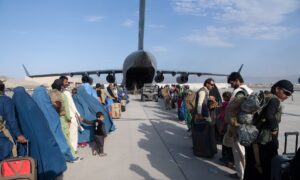 Senate leaders disagree on whether to raise the debt limit. If Congress doesn’t do something soon, the United States could default on its loans for the first time in history.

Homeland Security’s chief of staff resigns. It comes as Republicans in the House demand answers on the border crisis from the Biden administration.

Joint Chiefs of Staff Chairman Mark Milley is accused of making secret phone calls with China. According to an upcoming book, the general allegedly promised to forewarn the Chinese Communist Party in case the United States attacked.