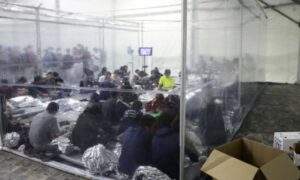 Border crossings this year are on pace to top 2019’s border crisis. In March alone, Customs and Border Patrol (CBP) reportedly caught over 150,000 people—that’s up 50,000 from February.

An anonymous CBP agent reveals a jump in the number of convicted sex offenders caught coming across the border this year. He describes the changes at the border since President Joe Biden took office.

An Asian-American woman was viciously attacked in New York. City leaders and activists are demanding an end to anti-Asian violence. But what is driving these types of attacks?