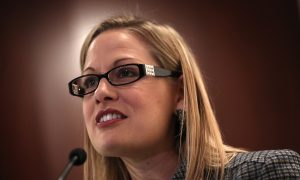 The Senate passes a bill to boost the U.S. tech industry to help it compete with Chinese tech. What do Democrat and Republican supporters have to say about it?

Vice President Kamala Harris says her trip to Central America was a success and that she will visit the border, while Texans push for control of their own border amid federal inaction.

President Joe Biden pulls the plug on official negotiations with Republicans. Now, he’ll look to other ways to push his massive infrastructure bill.