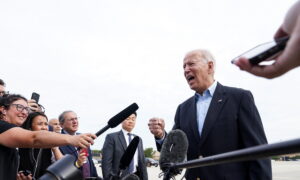 President Joe Biden was in Geneva, Switzerland, on Wednesday, meeting with Russian President Vladimir Putin. Where can they cooperate? And what does America’s former top diplomat have to say about Biden’s one-on-one press briefings?

The Department of Homeland Security secretary traveled to Mexico for talks, as the country steps up its border vaccinations to try to get its frontier counties back open. And former President Donald Trump announces travel plans of his own.

Anti-police riots continue in Portland, Oregon, and the police department struggles to retain officers. Residents say they’re scared to speak out and that a feeling of lawlessness is taking over the city.