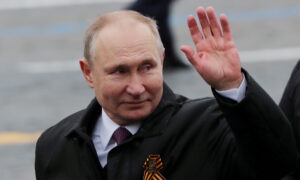 Senator Ted Cruz (R-Texas) criticized President Joe Biden’s policy on the Middle East. Did Biden embolden Hamas? And what does Cruz hope the administration will do?

Former Secretary of State Mike Pompeo and Sen. Rand Paul (R-Ky.) issued fresh warnings over the Wuhan Institute of Virology. They said the lab is still up and running and that it is probably still conducting the same dangerous research on viruses that many people suspect caused the CCP (Chinese Communist Party) virus pandemic.

The mothers of several people killed by police accused Black Lives Matter leadership of getting rich off the deaths of their children. They say the organization hasn’t done anything to help them or their families.