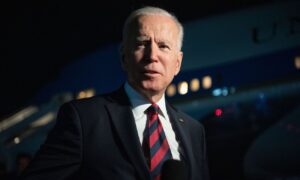 Pressure is on to finish talks on President Joe Biden’s top priority: the infrastructure bill. The bipartisan group negotiating it is still hitting roadblocks. Anxious Democrats face a timeline to act.

Biden says a serious cyber attack could lead the United States into a real war with another major power. He says countries like Russia and China are possible mortal competitors to the United States.