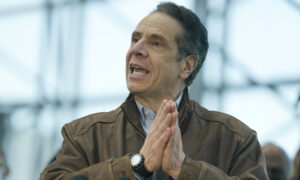 New staff have been deployed to take care of migrants in border processing centers. The move is meant to relieve Border Patrol agents so they can get back to border security.

A pond of contaminated water is leaking into Florida waterways. The situation escalated over the weekend. Authorities declared an emergency and evacuated residents. They say the 800-million-gallon pond could collapse at any time.

Community members, politicians, and local leaders attended a rally for Asian Americans in Michigan. Residents are taking a stand against the surge of violent crimes facing the group in recent months.