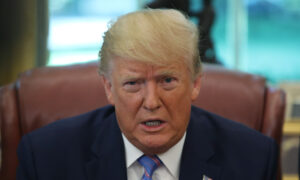 A mass shooting in a quiet Southern California community broke out on Wednesday afternoon. At least four people were killed, and another person is in critical condition. The suspect hasn’t been identified.

U.S. Customs and Border Patrol released video footage of someone dropping two small children off a tall border fence into the United States. But what happened to those children?

Senate Minority Leader Mitch McConnell (R-Ky.) isn’t happy with President Joe Biden’s infrastructure proposal and likely won’t support it. He says he sees it as a Trojan horse that will add to the national debt.