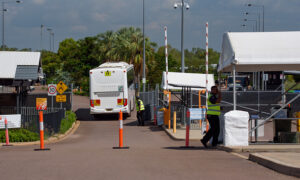 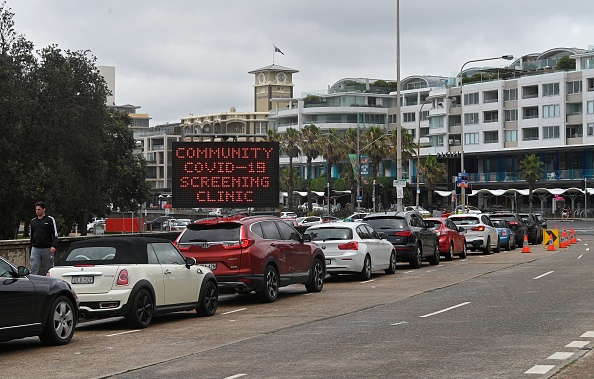 The Avalon outbreak that began earlier this month now totals 144.

The 10 cases reported on Thursday, compared to 18 the day before.

Premier Gladys Berejiklian said almost 28,000 tests were conducted in the 24 hours to 8 p.m. on Wednesday, which was a good result compared to previous days.

“So pleasingly, we have seen the numbers go down today but it’s very volatile,” Berejiklian said.

“They’re going to bounce around.

“What is really important is for all of us to do everything we can to reduce our mobility, to reduce the number of people that we’re mixing with and to make sure that we stick to the rules and the health advice.”

Three of the 10 coronavirus cases are linked to the Croydon cluster in Sydney’s inner west.

The source of this infection, which emerged on Wednesday, is still under investigation.

The Croydon cluster began with six cases from the same extended family and three different households who had gathered for several events over a number of days.

Of the two other cases reported on Thursday, one is a close contact of a previously reported infected patient transport driver and the other is from western Sydney and the source is under investigation.

Authorities are also still investigating two COVID-19 cases involving a pair of women from the same household in Wollongong, on the NSW south coast.

The NSW government continues to resist calls to make mask-wearing outside of the home mandatory.

“The health advice is that (mandating masks) is not appropriate and not necessary at this stage,” Health Minister Brad Hazzard told ABC radio on Thursday.

“Having said that, I was down at our local shopping centre yesterday afternoon for a little while, and I have to say that probably 98 percent of people were wearing masks. That’s on the Northern Beaches in Sydney.”

New health alerts were issued Thursday for various venues in Sydney that might have been contaminated.

Tighter restrictions for New Year’s Eve and the following days have now come into force.

Household gatherings across greater Sydney—which includes Wollongong, the Central Coast, Nepean and the Blue Mountains—are limited to five people indoors, down from 10, and 30 outdoors, down from 50.

Berejiklian has said the new five-person rule for indoor gatherings in Sydney will remain in place indefinitely.

Sydneysiders are mostly banned from watching the city’s New Year’s Eve fireworks from the harbour on Thursday, with the foreshore fenced off.

Stay-at-home orders applying to northern beaches residents north of the Narrabeen Bridge will continue until at least Jan. 9. A lockdown for the peninsula’s southern zone will be in place until Jan. 2.