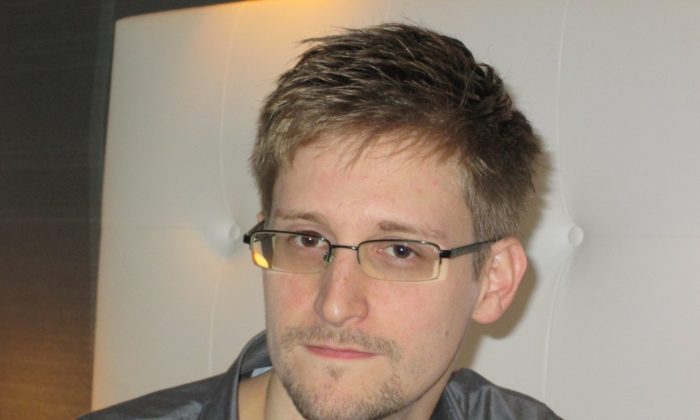 This image made available by The Guardian Newspaper in London shows an undated image of Edward Snowden, 29. (AP Photo/The Guardian, Ewen MacAskill)
US

The NSA leaker was identified in reports as Edward Snowden, a former worker for the agency and the CIA.

The Washington Post also reported that Snowden was the source of its stories. Snowden asked to be identified by the media, according to the paper.

“I’m willing to sacrifice all of that because I can’t in good conscience allow the U.S. government to destroy privacy, Internet freedom and basic liberties for people around the world with this massive surveillance machine they’re secretly building,” Snowen said.

Snowden also told the Post that he understood the risks involved with revealing he was the source of the leak.

“I intend to ask for asylum from any countries that believe in free speech and oppose the victimization of global privacy,” Snowden added. He was speaking from a hotel in Hong Kong, where he has been staying.

The Director of National Intelligence, James R. Clapper Jr., said the NSA initiated an investigation into who leaked the information.

“I’m not going to hide,” Snowden said. “Allowing the U.S. government to intimidate its people with threats of retaliation for revealing wrongdoing is contrary to the public interest.”

Snowden was a former technical assistant for the CIA and worked at the NSA, the U.S. electronic intelligence agency, for the past four years. He later took up a job in Hawaii for consulting firm Booz Allen Hamilton.

The Guardian and the Post reported last week that Verizon Business Network Services were told to hand over telephone records with times, locations, and telephone numbers between April 29 to July 25. And both papers disclosed a program called PRISM, which gave the NSA the ability to obtain information about users’ activities, such as “audio and video chats, photographs, e-mails, documents” from Microsoft, Google, and Apple firms, according to CNN.