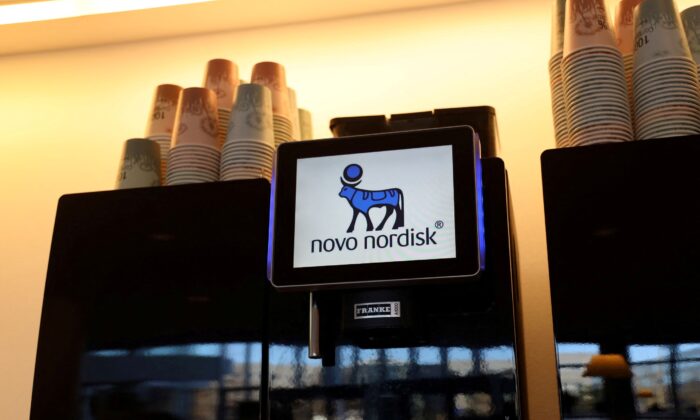 COPENHAGEN—Novo Nordisk shares fell as much as 16 percent on Monday after the Danish drugmaker was hit by U.S. supply issues for its new obesity drug as it seeks to establish a market foothold before the launch of a rival drug by Eli Lilly.

The obesity market has proved difficult for pharmaceuticals companies, but Novo made a breakthrough with its Wegovy drug. The company hopes the drug, which helps to achieve weight loss of 17 percent on average over almost two years, will offset growing pressure on its core insulin business.

In a stock announcement after Friday’s market close, Novo said that a contract manufacturer filling syringes for pens to inject the drug had halted deliveries and manufacturing temporarily after issues relating to good manufacturing practice.

The Danish drugmaker was already facing separate supply constraints after being “overwhelmed” by initial uptake of the drug.

As a consequence, fewer new patients will start treatment with the drug in the first half of next year. Novo now expects to be able to meet U.S. demand in the second half of next year, having previously estimated it would do so at the beginning of the year.

“Of course it’s very painful to not be able to supply to that level of demand,” Novo finance chief Karsten Munk Knudsen told investors on Monday.

Analysts at JP Morgan, which cut its Novo Nordisk rating to neutral on Monday, said the supply issues would also give it less time to establish the drug on the market before the 2024 launch of rival Eli Lilly’s tirzepatide drug for obesity.

“There should be sufficient space for both agents in the market,” Novo’s Knudsen said.

The company’s shares were down around 10.5 percent at 0949GMT, having closed on Friday with a year-to-date gain of 76 percent.

Novo said the news does not affect its 2021 outlook and that it would provide its outlook for the next year in connection with full-year earnings on Feb. 2.

Last month it forecast sales growth would slow by about 3 percent in 2022 because of lower prices and a drop in insulin sales volumes in China.