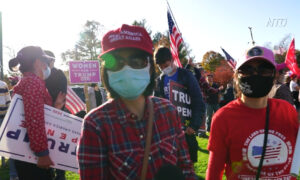 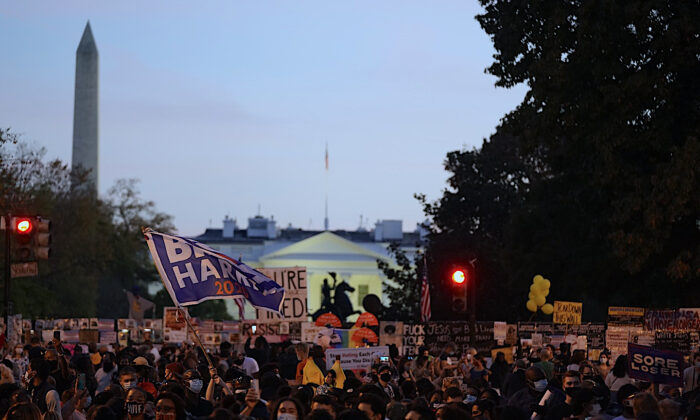 Former Vice President Joe Biden declared himself the winner of the 2020 presidential election in a speech on Nov. 7, as the reelection campaign of President Donald Trump announced that it will file new legal challenges in Pennsylvania.

With recounts pending in Wisconsin and Georgia and outcomes still unclear in Arizona, North Carolina, and Pennsylvania, most of the legacy media outlets have begun to refer to Biden as “president-elect.”

The Epoch Times will not declare a winner until the final results are certified and the Electoral College has spoken.

In his speech, Biden struck on familiar themes, thanked poll workers, and drew the battle lines for his administration should he be elected.

President Donald Trump responded to Biden’s speech by pointing out that no state has certified their election results.

“We all know why Joe Biden is rushing to falsely pose as the winner, and why his media allies are trying so hard to help him: they don’t want the truth to be exposed. The simple fact is this election is far from over,” Trump said in a statement. “Joe Biden has not been certified as the winner of any states, let alone any of the highly contested states headed for mandatory recounts, or states where our campaign has valid and legitimate legal challenges that could determine the ultimate victor.”

In the meantime, with lawsuits outstanding in Arizona and Pennsylvania, the Trump campaign announced more legal action for the coming week. Trump’s personal attorney, Rudy Giuliani, told Maria Bartiromo on Fox News on Nov. 8 that the campaign has lawsuits ready to file in multiple states on Nov. 9, 10, and 11.

Giuliani said their case is furthest along in Pennsylvania, where the campaign has found 60 to 70 witnesses to corroborate the claim that GOP poll watchers were barred from observing the counting of mail ballots. Giuliani told reporters over the weekend that the campaign’s legal challenges could effect up to 600,000 votes in the Keystone State.

On Nov. 6, Supreme Court Justice Samuel Alito ordered elections officials across Pennsylvania to segregate mail ballots received after 8 p.m. on Nov. 3. The Supreme Court has said that it may take up a challenge to a Pennsylvania court’s order that extended the deadline for mail ballots to Nov. 6 and allowed for the ballots to be counted even if they weren’t postmarked.

On Nov. 7, the Trump campaign and the Republican National Committee filed a lawsuit over rejected votes in Maricopa County, Arizona, alleging that in-person votes were disregarded as a result of improper guidance by poll workers.