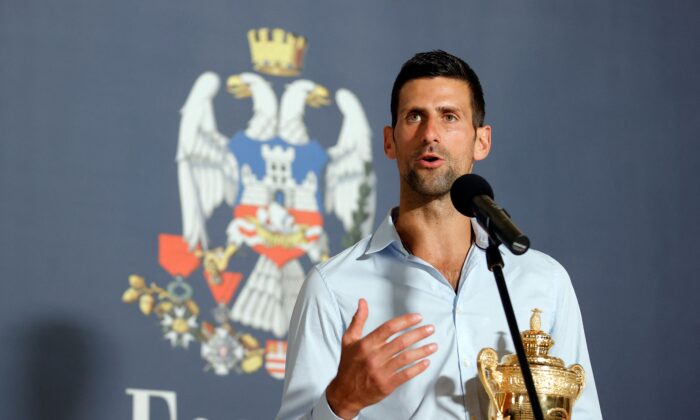 Djokovic is unable to enter Canada because he is unvaccinated against COVID-19. Anybody traveling into Canada must have at least two doses of the vaccination against the coronavirus.

The ATP 1000 event in Montreal is a hardcourt tune-up for the upcoming U.S. Open in New York, which Djokovic is also likely to miss barring an 11th-hour exemption. Current rules require non-U.S. citizens to show proof of being fully vaccinated before entering the country by air from a foreign nation.

American Josh Isner criticized the current conditions that would prevent Djokovic, a 21-time Grand Slam winner, from playing in the Open.

“Complete lunacy he can’t compete as of now,” Isner wrote on Twitter Tuesday in response to a question about a movement to allow the Serbian star into the Open.

Yes. Complete lunacy he can’t compete as of now. #science

Djokovic’s name appears on the entry list for the U.S. Open, which will be held Aug. 29–Sept. 11.