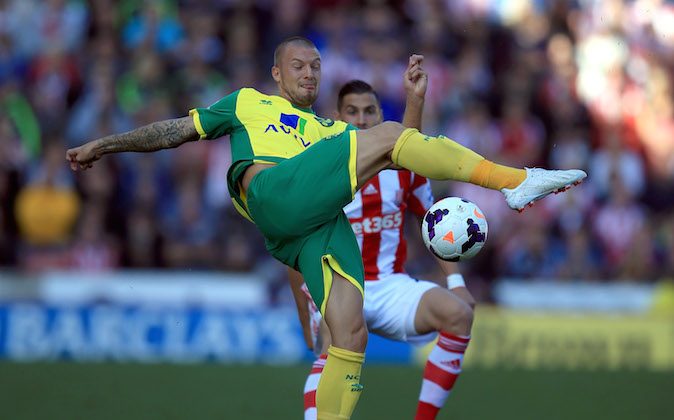 During the Barclays Premier League match between Stoke City and Norwich City at the Britannia Stadium on September 29, 2013 in Stoke on Trent, England. (Photo by Richard Heathcote/Getty Images)
Soccer

The match will be broadcast on radio at TalkSport Radio in the United Kingdom.

The game will air on Directv in the United States.

Norwich forward Ricky van Wolfswinkel should return from a knee injury, while Robert Snodgrass could see action if he recovers in time from a wrist problem.

Peter Odemwingie could return from a calf problem, but Marko Arnautovic (hamstring) is a doubt.

Both Stoke (LWLDL) and Norwich (WLDDW) are going through a patchy spell form wise, which is reflected in their respective standings (13th and 15th) in the table.

Having come off a 1-0 victory against title contenders Arsenal, Stoke should have the confidence needed to go on and win this fixture.