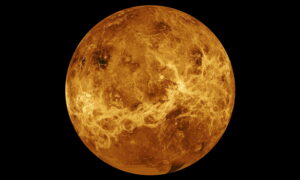 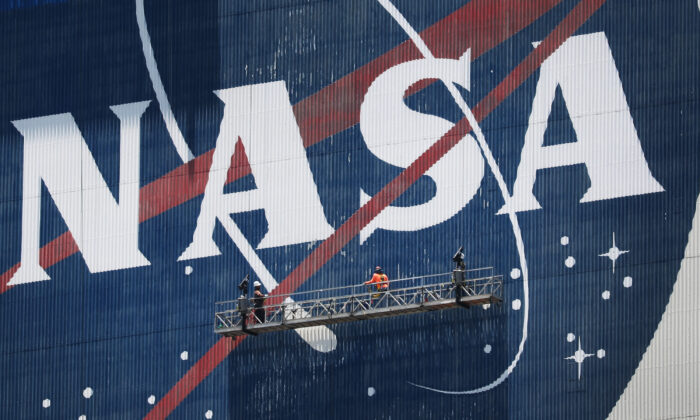 Workers freshen up the paint on the NASA logo on the Vehicle Assembly Building before the arrival of NASA astronauts Bob Behnken and Doug Hurley at the Kennedy Space Center in Cape Canaveral, Fla., on May 20, 2020. (Joe Raedle/Getty Images)
Space

Astronauts will live and conduct research in the Habitation And Logistics Outpost (HALO) made by Northrop for the lunar Gateway – a vital component of NASA‘s Artemis moon program.

China is also planning to set up a base in the south pole of the moon, and is deploying robotic expeditions to asteroids and Jupiter around 2030.

NASA and its commercial and international partners are building Gateway to support science investigations and enable surface landings at the moon, the agency said in a statement.

Northrop Grumman will be responsible for attaching and testing the integrated quarters with a solar propulsion module being developed.

Eight countries have signed an international pact for moon exploration as a part of NASA‘s Artemis program as the U.S. space agency tries to shape standards for building long-term settlements on the lunar surface.

NASA is targeting a November 2024 launch for the integrated spacecraft on a SpaceX rocket.