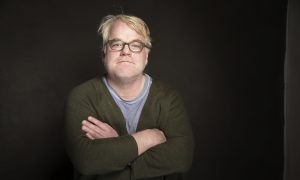 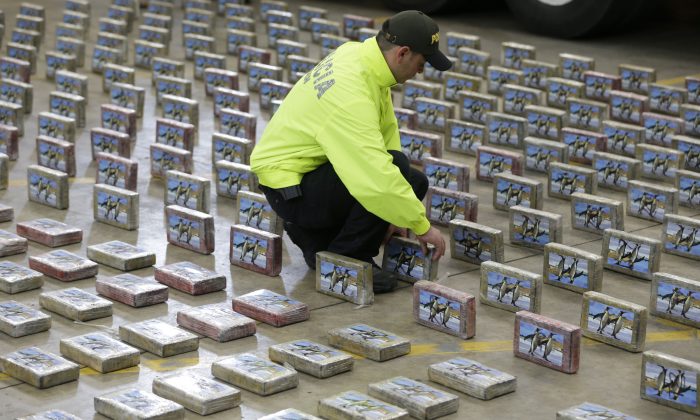 A police officer organizes rows of seized packages of cocaine during a police presentation for the press in Bogota, Colombia, on July 22, 2015. (AP Photo/Fernando Vergara)
Crime and Incidents

SAN FRANCISCO—The U.S. Coast Guard based in Northern California seized 12,000 pounds of cocaine from a vessel in the Eastern Pacific in one of the largest busts of its kind.

Some of the cocaine was lost when the vessel sank during towing.

The bust was made about 200 miles south of Mexico last month. It was not announced until Wednesday. The names of the suspects were not released.

The drugs were found on a semi-submersible vessel, which is mostly submerged, with just the cockpit and the exhaust pipe visible above water.

Conroy says the vessel sank during towing and about 4,000 pounds of cocaine were lost. Conroy says there was no harm to the environment.