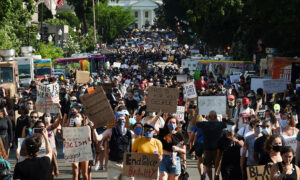 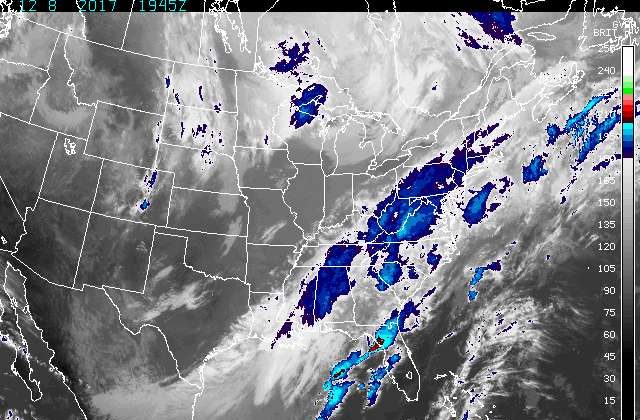 Up to 8 inches of snow is expected over the weekend as the first days of heavier showing approach the eastern coast.

A Winter Storm Watch has been issued for the Southern New Jersey, mainly south of I-195. People could expect 4 to 6 inches of snow, the National Weather Service stated.

The warning has also been issued for north and central Georgia.

A Winter Storm Warning is in effect for north and central Georgia. Snowfall totals between 2 and 4 inches are possible in these areas, with higher totals likely in high elevations. Beware of ice on the roads, especially in higher elevations and on bridges and overpasses. #gawx pic.twitter.com/lhrhvkBgFD

Winter Weather Advisories have been issued for most of northern New Jersey, southeast Pennsylvania, and Delmarva Peninsula, where people can expect 2 to 4 inches.

No flooding, damaging winds, or significant icing is expected.

The snow will come Friday night and will continue through Saturday, moving north from Virginia to New England, hitting all the metropolitan areas including Washington, Philadelphia, New York City, and Boston.

New York City can expect up to 4 inches in Manhattan and the Bronx and 4 to 6 inches in Queens, Brooklyn, Long Island, and Connecticut, according to the local branch of the National Weather Service.

The first accumulating snow is expected on Saturday into Saturday night. Winter Weather Advisories have been posted for 1 to 3 inches across Orange County, 2 to 4 inches for Manhattan, Bronx, NE NJ, and Lower Hudson Valley, 4 to 6 inches for Queens, Brooklyn, LI and CT. pic.twitter.com/WSy4spEvl6

Washington, DC, area can expect up to 8 inches of snow in the Lexington Park area.

The Washington DC area will see their first accumulating snow of the season. Lexington Park is forecast to receive the most snow with 6-8 inches. Snow amounts decrease to the northwest. https://t.co/FqoD3CQ2Cx

The same system bringing snow to the northeast brought a rare snowfall to southern states on Friday and has been moving from coastal Texas into Louisiana, Mississippi, Alabama, and Georgia.

Snow in the desert!! The Basin Rd has closed while we clear snow, but may remain closed for several hours. Most of the park is currently snowing, so it should be easy to take advantage of this rare, special event. pic.twitter.com/iQb4xQa1ag

Some parts of Mississippi saw up to 6 inches of snow.

Some impressive snow amounts this morning across parts of the southern US! This maps shows locations that have reported 3 or more inches of snow. Check this link out for more observations: https://t.co/7XC3QBfwJY pic.twitter.com/shQaOTfE16

Some 250,000 lost power due to the storm, Weather.com reported, and over 650 flights to and from the Hartsfield-Jackson Airport in Atlanta were canceled on Friday, according to FlightAware.

Unfortunately, travel conditions continue to deteriorate. Snowfall intensity is greater than originally expected. If at all possible, STAY HOME & enjoy the snow! #alwx