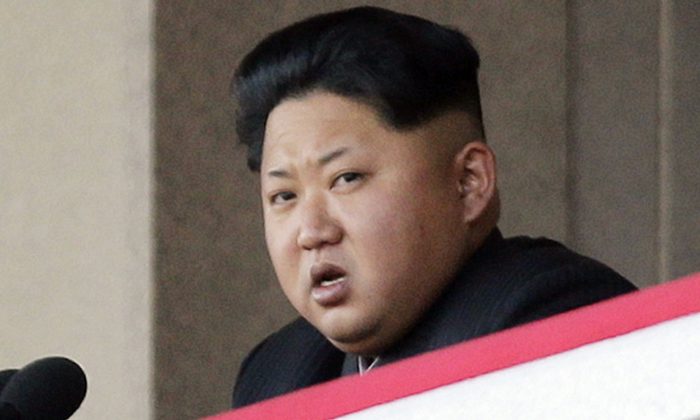 North Korea’s propaganda apparatus clings to each and every example that the isolated regime still maintains some friends in the outside world.

But the reality is more stark. While the regime did have ties throughout the communist world, it has found friends harder to hold on to as many of its former friends have abandoned Marxism.

One mark of how cut off the regime has become came when Air China announced this week that it had cancelled its route to North Korea due to lack of demand.

While China remains North Korea’s most critical trading partner, relations are fraught. A Chinese envoy returned from North Korea on Nov. 20, with no news or confirmation he met with Kim Jong Un, an unusual twist.

Many other countries, like Canada, had already downgraded diplomatic ties with the regime and had sanctions in place prior to the nuclear test.

Russia has reportedly used the breakdown between North Korea and China to try to tighten relations with the Kim regime, which would make it one of the few countries doing so.

Singapore was North Korea’s seventh-largest trading partner, but it announced last week it would cut trade ties with the country.

Last week the State Department also announced Sudan had agreed to sever all trade and military ties with North Korea.

Last week, the regime dispatched its foreign minister, Ri Yong Ho, to Cuba, according to the Korean Central News Agency.

The rare diplomatic exchange made headlines for being one of the few overt examples of diplomatic relations between North Korea and another country.

While the connection gives North Korea some public support, the limited trade relationship with Cuba does little to resolve the regime’s pressing economic issues.

The regime has also maintained ties with Iran, a relationship that dates back to the 1980s. Iran and North Korea forged relations when the Kim regime supplied Iran with missiles while it was under an arms embargo.

North Korea has other relationships with some African countries, but meaningful ties to countries it can trade with are gradually dissolving.

Some of North Korea’s longest standing relationships are with Bulgaria, Pakistan, and Malaysia.

Pakistan has been an important arms customer of North Korea’s and reportedly bought long-range missiles from the Kim regime while offering civilian nuclear technology.

While details of the current relationship are hard to obtain, Pakistan issued a carefully worded statement maintaining that North Korea should comply with UN Security Council sanctions.

Malaysia, another nation North Korea had long standing ties with, also downgraded its relations with North Korea, withdrawing its ambassador and instituting a travel ban in September.

Pressure from the United States has pushed Malaysia to limit bilateral ties with North Korea, and the Kim regime’s presumed assassination of Kim’s estranged half-brother Kim Jong-nam at Malaysia’s Kuala Lumpur International Airport in February also had an impact.

If you enjoyed reading this article, please share it.