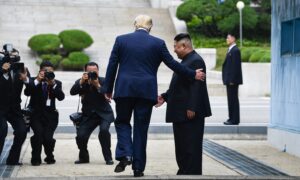 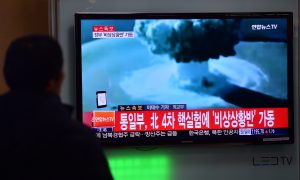 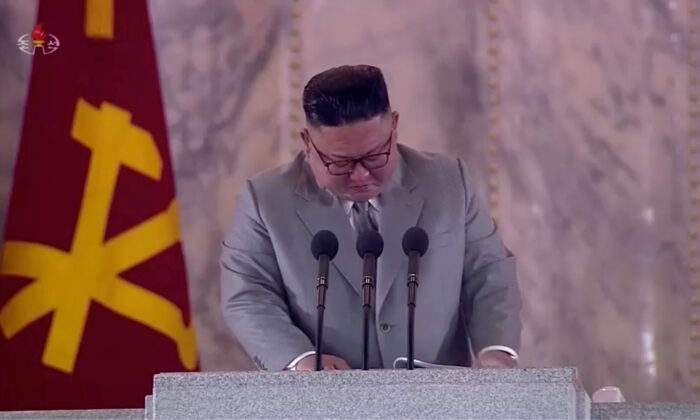 SEOUL—North Korean leader Kim Jong Un became visibly emotional during a speech at a military parade over the weekend as he thanked troops for their sacrifices and apologized to citizens for failing to improve their lives.

At a speech on Saturday during celebrations to mark the 75th anniversary of the founding of its ruling Workers’ Party, Kim thanked thousands of gathered troops for responding to recent damaging storms, and for helping to prevent a coronavirus outbreak in the country.

In video footage edited and released by the state television station, Kim appeared tearful and at one point seemed to choke up.

Kim said he was grateful that not a single North Korean had been infected with the virus, a claim that U.S. and South Korean officials have previously cast doubts on.

The impact of anti-coronavirus measures, international sanctions, and several typhoons combined to prevent the government from following through on promises to improve citizens’ lives, Kim said.

“My efforts and sincerity have not been sufficient enough to rid our people of the difficulties in their life,” he said. “Our people, however, have always believed and absolutely trusted me, and supported my choice and determination, whatever it is.”

North Korea’s economy, already severely restricted by international sanctions imposed over its nuclear weapons and ballistic missile programs, took a further hit as the country shut down nearly all border traffic in an effort to prevent a coronavirus outbreak.

The United Nations has said that as much as 40 percent of the population faces food shortages, which may have been exacerbated by severe summer floods and typhoons.

In a scene common to many such events in North Korea, most people in the audience also had tears streaming down their faces.