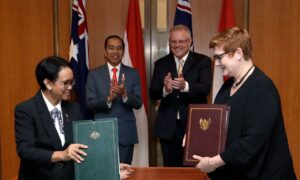 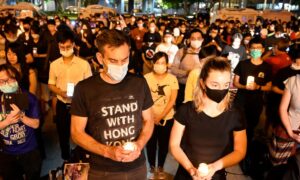 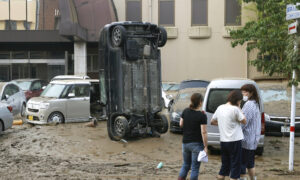 Japan Floods Leave up to 34 Dead, Many at Nursing Homes
0 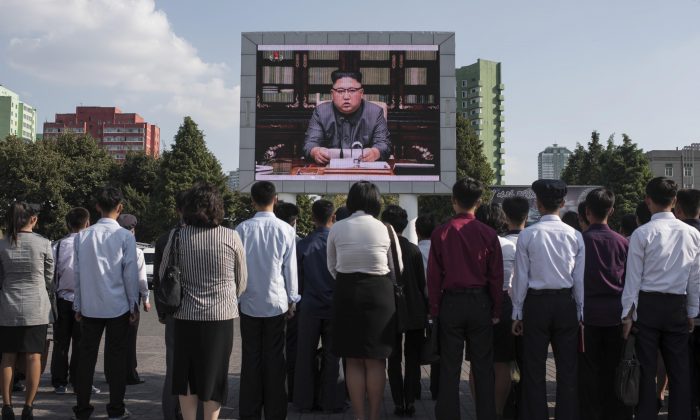 North Koreans watch a statement delivered by dictator Kim Jong Un on a television screen outside of the railway station in Pyongyang on Sept. 22, 2017. (ED JONES/AFP/Getty Images)
Asia & Pacific

North Koreans won’t be celebrating the birthday of their “Supreme Leader,” Kim Jong Un, this year despite “brimming with the pride of being led by a peerlessly great man who translates their ideals and dreams into reality.”

That quote comes from a recent state propaganda piece extolling the current North Korean dictator and his alleged love for his people. Such editorials are the norm in North Korea and play an essential role in idolizing the Kim family and its role in ruling the communist regime.

Kim’s birthday is a notable absence in the state calendar, something that would normally be an important element to the current effort to deify the current leader.

Although North Koreans “are basking in the policy of prioritizing, respecting and loving the people, forging kindred ties with their leader,” they do not know Kim’s birthday, and therefore cannot celebrate it.

North Koreans wear lapel pins of former leaders Kim Il Sung and Kim Jong Il as a sign of loyalty and adulation. The birthdays of the two preceding Kims are national holidays, but the current Kim’s birthday is a carefully guarded secret. This despite the fact his “revolutionary leadership” reportedly prioritizes the Korean people.

According to state media—the only permitted source of news—Kim worked round the clock in 2016 on a construction effort to turn Ryomyong Street in Pyongyang into “an epitome of love for the people… and his leadership of devotion produced an epic of love.”

Kim, who, according to state media, is an expert in everything from agriculture to ballistic missiles, is commonly photographed on his official tours being followed by men wielding notepads to capture his decrees and insights.

Kim goes on several such tours each year, at facilities ranging from tractor factories to potato starch processing plants.

“A new legend of love was woven everywhere he went on inspection tours last year,” says the editorial.

There is wide-ranging speculation as to why Kim’s birthday is kept a secret.

One possibility is that it is just too soon to start commemorating the new Kim to a degree similar to his father and grandfather, and that by keeping national attention focused on the deceased Kims, the current Kim shows due deference.

The other possibility is that there are too many cumbersome facts surrounding the new Kim, biographical hangnails that would further stand out if he started to draw the kind of attention to himself that is lavished on his father and grandfather.

“The North Korean system can only be in place by making its leader a god,” said Thae Yong Ho, a North Korean who defected after serving as a high-level diplomat in London, to the House Foreign Affairs Committee in Washington, DC on Nov 1, 2017.

Thae said Kim has biographical liabilities that should be exposed in order to undermine his deification.

For example, Kim is the son of his father’s third wife, who is sometimes described as a consort. He is also his father’s third son, a lower tier of lineage than his elder brothers, one of whom he is widely believed to have assassinated to remove as a potential rival.

Drawing attention to his own detailed biography could draw attention to facts that undermine Kim’s claim to being the kind of supernatural being his father and grandfather are described as, suggested Thae.

So while state media proclaim North Koreans “keenly feel his love every moment” and “fully entrust their destiny and future to the Supreme Leader anytime and anywhere in humble reverence for him,” Kim has to keep his biography secret because, by Korean standards, it sounds second rate.