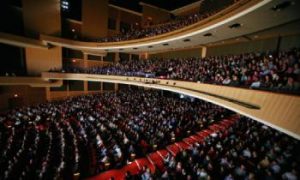 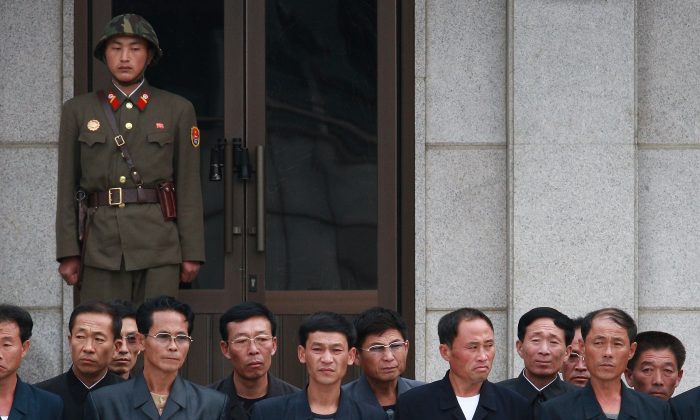 As the health of North Korean leader Kim Jong-il continues to degenerate, it is expected that his youngest son, the little-known Kim Jong-un, will take control of the regime.

North Korea released the first picture of Jong-un on Sept. 30 through its state-run media just after it held a Worker’s Party congress—the first of its kind in 44 years. Just prior to the meeting, the 27-year-old Kim Jong-un was promoted to a four-star general . The move is viewed as a precursor to his eventual leadership of the Pyongyang regime.

“I would suppose this is perhaps the ultimate reality show unfolding in North Korea, and we are simply watching this very closely,” said Department of State spokesman Philip J. Crowley during a Sept. 28 daily press briefing.

Internal disputes have already begun to surface over what would be the first communist regime passed down father-to-son through three generations.

The start of the Worker’s Party congress was delayed due to an “internal conflict in ruling clique, including the dissatisfaction of some leaders in the military with Kim Jong-un’s sudden rise,” said Democratic Party lawmaker Shin Hak-yong, citing the National Intelligence Service, South Korean media Chosun Ilbo reported.

There will “absolutely” be internal problems in North Korea if Jong-un is appointed, said Marcus Noland, deputy director of the Peterson Institute for International Economics, during a Sept. 28 recording by the institute.

Kim Jong-il began a slow move to power in the 1970s and more so in the 1980s. During this time, he began to develop an identity in the country’s system until he took control in 1994 following the death of his father, Kim Il-sung. Jong-il’s youngest son has not gone through such a process, however, and has little identity in North Korea, according to Noland.

The Pyongyang regime has a unique structure. Kim Jong-il presides over the communist Central Committee and the Cabinet, and as the more-recently formed National Defense Commission has grown in power in the country, Jong-il was also appointed as its Supreme Commander.

There are three power centers in North Korea—the Kim family, the Communist Party, and the military—with rivalry and coalitions existing between each, according to Noland.

Talk of Kim Jong-il stepping down began largely in the fall of 2008, when he failed to appear at events for the founding of the North Korean communist regime. “By spring 2009, the beginning of an official process to designate a successor appeared to unfold,” says a January 2010 report in The Washington Quarterly.

It adds that by the summer of 2009, Jong-il’s health improved, and “propaganda to support Kim Jong-un as the successor mysteriously and suddenly halted, raising additional questions about who might replace Kim Jong-il as North Korea’s leader and how the succession process might play out.”

If Kim Jong-un inherits control of the regime, he will face “a broad array of challenges that Kim Jong-il did not face” when his father died, and he became the successive leader.

“The next North Korean leader will have to manage weakening internal cohesion and influence among North Korean institutions, the relatively rapid penetration of external information into North Korea, and a greater reliance on external parties for economic support,” says the report. “These, among other factors, pose unprecedented challenges during the succession process to a third generation of Kim dynasty leaders.”

North Korea is also facing increased international pressure over its nuclear weapons programs and its sinking of the Cheonan South Korean naval ship in March.

Shrines, statues, and portraits of Kim Il-sung can be found across North Korea.

The Kim family’s role in the country is seen as a personification of the country’s ruling communist regime and its history—an image nailed into the public sphere by the state-run media. “As a result of this ideological indoctrination, North Korea is home to probably the most oppressive personality cult in the world,” says a March 2006 report from the Strategic Studies Institute.

“Kim Jong Il’s legitimacy derived directly from his status as the son of Kim Il Sung, as being the greatest disciple of his father and the twin ideologies of Kim Il Sungism and Juche,” says the report.

The Pyongyang communist regime “most closely approximates totalitarianism,” having “an absolute dictator and mass party, an elaborate ideology, its people live in a condition of terror under the thumb of an extremely repressive coercive apparatus with a centralized economy, and the regime exerts almost total control over the mediums of mass communication,” says the report.

The system is becoming even more repressive, according to a 2010 Freedom House report on “The World’s Most Repressive Societies.”

Amid the country’s failing economy, individuals have taken to private trading, which accounts for an estimated 60 percent of the economy. In an effort to control this market on Nov. 30, 2009, the Pyongyang regime “announced a major revaluation of its currency and restricted the amount of old notes that individuals could exchange, effectively wiping out many citizens’ cash savings,” according to Freedom House.

North Korea also maintains a black-market trade that feeds into its economy and is operated through its Central Committee Bureau 39. Activities include drug trafficking, money laundering, counterfeiting, and cigarette smuggling, according to a March 2010 report by the Strategic Studies Institute.

“As a result, North Korea is not just a ‘rogue state,’ but practices what is essentially criminal sovereignty whereby it organizes its illegitimate activities behind the shield of non-intervention while using the tools of the state to perpetrate these schemes abroad. The authors argue that this arrangement has important links to succession issues within the regime,” says a foreword by Douglas Lovelace Jr., director of the Strategic Studies Institute.

If Kim Jong-un inherits the regime, he will also need to manage its criminal market, as “keeping these key pieces loyal means control of significant financial assets that Office 39 has been adept at acquiring,” says the report.

Predating North Korea’s Office 39 was its creation of a “court economy” in 1972, and maintaining this system is essential to the country’s economic stability.

According to the report, “The court economy is responsible for approximately 30 to 40 percent of North Korea’s entire economy and is also referred to in a number of other ways, such as the Supreme Leader’s economy, the 3rd economy, the elites’ economy, the cadre economy, or the party (KWP) economy. The functional heart of this court economy is now, in fact, Office 39.”