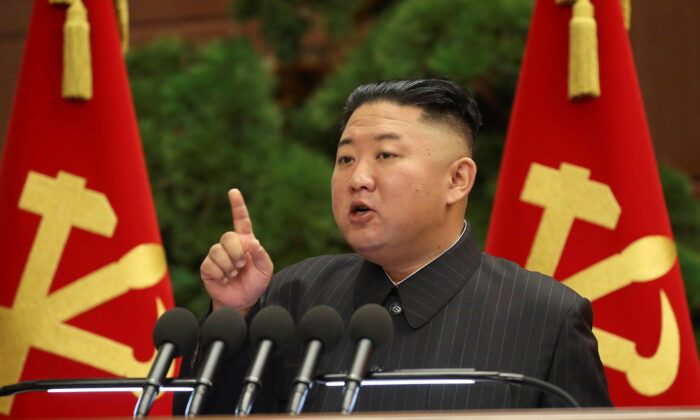 North Korea has started touting the “exceptional” health benefits of consuming black swans after breeding them, while also farming rabbits as the country battles a crippling food shortage, according to state media.

According to the newspaper, Ri Jong Nam, the chief party secretary for South Hamgyong province, led a ceremony to open a new black swan center at the Kwangpho Duck Farm located in Jongphyong county on the east coast the previous day.

State media previously called black swan meat “an exceptional health food of the 21st century with a unique taste and extremely high nutritional value,” and that research into breeding the “rare ornamental birds” for food began in spring 2019, NK News reported. They also said that it contains rare “anticancer” properties.

The black swan breeding is meant to address both the failure of large-scale farming to provide adequate food supplies to the whole of North Korea as well as more recent government COVID-19-related restrictions that have largely blocked food and other imports since early 2020, NK News said.

The black swan is a large water bird that is mainly found in the southeast and southwest regions of Australia, although it has also been introduced into several countries, including New Zealand.

Each soldier was told to breed 15 rabbits and that they would be evaluated on their progress, as per the DailyNK.

North Korea became one of the first countries in the world to entirely shut its borders early on in the COVID-19 pandemic. While the government claims there are zero recorded COVID-19 infections and in September rejected the offer of nearly 3 million COVID-19 jabs, reports are rife that the country has witnessed infections and deaths from the virus, as per Human Rights Watch.

Meanwhile, the country’s trade with China declined by nearly 81 percent in 2020, and the government drastically reduced imports of staple foods and other essentials, including medicine, from China, as per HRW.

North Korea is also struggling under international sanctions, which have been imposed because of its nuclear programs. Last month, the country test-launched a “new type” of ballistic missile from a submarine off its eastern coast into the Sea of Japan.

The United Nations World Food Program (WFP) and Food and Agriculture Organization (FAO) say that some 6 million people, or a quarter of the population, suffer from malnutrition.

Despite this, the North Korean government has repeatedly rejected offers of international aid.

The alleged breeding of black swans and the touting of their supposed health benefits comes shortly after North Korean dictator Kim Jong-Un said in a Sept. 29 speech that in order to provide North Koreans with a “stabilized and affluent living, a primary effort should be put on the agricultural development,” while noting his party’s determination to “completely remove the food problem in the near future by rapidly developing agricultural production.”

The dictator also called for “decisively increasing goats and cattle and massively conducting the movement for breeding rabbits” as required by the “Party’s policy of obtaining meat from grass in the sector of stockbreeding.”

In June, Kim Jong Un acknowledged a food crisis within the country, telling senior leaders that, “the people’s food situation is now getting tense.”