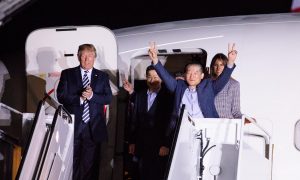 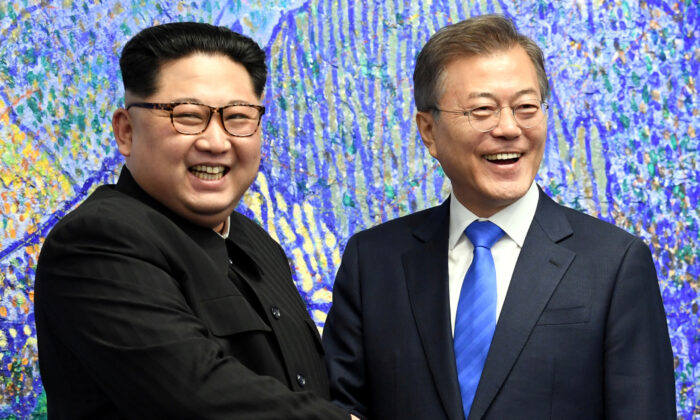 In yet another major concession ahead of the meeting between President Donald Trump and Chairman Kim Jong Un, North Korea announced a ceremony to dismantle its nuclear test site.

The ceremony to dismantle the Pukyong site will take place on May 23-25, North Korean state media announced on Saturday, May 12. Trump and Kim are scheduled to meet in Singapore on June 12.

North Korea will blow up the underground tunnels at the test site and seal them, the communist regime’s Foreign Ministry said. North Korea will also remove observation, research, and ground testing facilities at the site. Kim had first announced his intention to shut down the site at a meeting with South Korea’s president Moon Jae-in last month.

The measures are being taken “in order to ensure transparency of discontinuance of the nuclear test,” the foreign ministry added.

On Friday, Secretary of State Mike Pompeo said that North Korea’s future would be “brimming with peace and prosperity” if Kim completely, verifiably, and irreversibly abandoned nuclear weapons.

The June 12 meeting between Trump and Kim will be the first between a sitting U.S. president and a North Korean leader. The specific location in Singapore remains secret.

The dismantling of the test site is the latest in a series of major concessions by Pyongyang ahead of the summit with Trump. Kim already agreed on the goals of complete denuclearization and peace with Seoul at the historic meeting with Moon last month. Prior to that, Kim agreed to discuss complete denuclearization and suspend nuclear and ballistic missile tests in order to meet Trump.

Early on May 10, Pompeo returned to the United States from a second trip to Pyongyang together with three American prisoners released from North Korea. Trump and First Lady Melania Trump met the freed Americans in person on the tarmac of Andrews Air Force Base in Maryland at around 3 a.m.

North Korea said that they will invite journalists from the United States, South Korea, China, Russia, and Britain to the dismantling ceremony.

Analysts say the dismantling of the site is a useful precedent for negotiations.

“Now that North Korea has accepted in principle that agreements should be verified, U.S. negotiators should hold them to this standard for any subsequent agreement,” Adam Mount, a senior defense analyst at the Federation of American Scientists, told the Associated Press. “It will make it more difficult for Kim Jong Un to deny inspections now that he has placed them on the table.”

The communist regime invited the world to witness the dismantling of nuclear facilities before. In 2008, international media were allowed to broadcast the destruction of a cooling tower at a nuclear reactor as part of an agreement to shutter North Korean nuclear facilities in exchange for $400 million in aid.