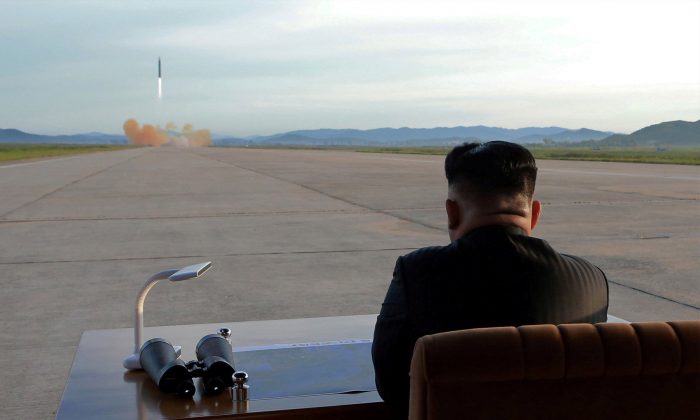 The more sanctions the United States and its allies impose on North Korea, the faster it will move to complete its nuclear plans, the reclusive nation’s official KCNA news agency said on Monday, citing a foreign ministry spokesman.

The latest sanctions imposed by the U.N. Security Council represent “the most vicious, unethical and inhumane act of hostility to physically exterminate the people of the DPRK, let alone its system and government,” the spokesman said on Monday, using the North‘s official name, the Democratic People’s Republic of Korea.

U.S. Ambassador to the United Nations Nikki Haley said on Sunday the U.N. Security Council has run out of options on containing North Korea‘s nuclear program and the United States may have to turn the matter over to the Pentagon.

“We have pretty much exhausted all the things that we can do at the Security Council at this point,” Haley told CNN’s “State of the Union,” adding that she was perfectly happy to hand theNorth Korea problem over to Defense Secretary James Mattis.

As world leaders head to the United Nations headquarters in New York for the annual General Assembly meeting this week, Haley’s comments indicated the United States was not backing down from its threat of military action against North Korea.

North Korea‘s nuclear threat looms large this week over the annual gathering of world leaders at the United Nations in New York, where diplomats are eager to hear U.S. President Donald Trump address the 193-member body for the first time.

Despite his skepticism about the value of international organizations and the United Nations in particular, Trump will seek support for tough measures against North Korea, while pressing his “America First” message to the world body.

The U.S. military on Monday flew a pair of B-1B bombers and F-35 fighter jets in bombing drills with South Korea over the Korean peninsula, in a show of force against NorthKorea, South Korea‘s Defence Ministry said.

“This regime is so close now to threatening the United States and others with a nuclear weapon, that we really have to move with a great sense of urgency on sanctions, on diplomacy and preparing, if necessary, a military option,” Trump’s national security adviser, H.R. McMaster, told the “Fox News Sunday” program.