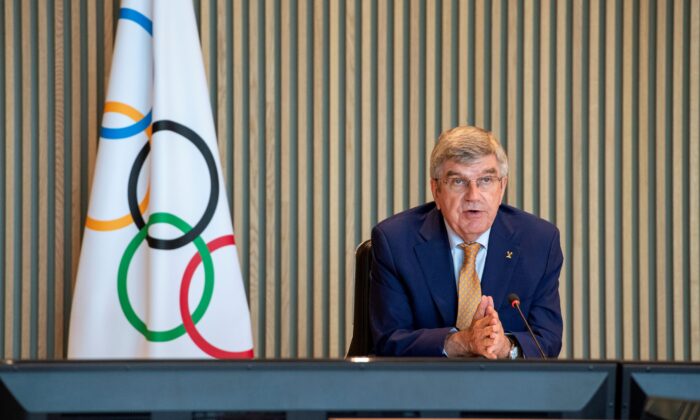 North Korea has been suspended from the International Olympic Committee (IOC) until the end of 2022, meaning it will miss out on the Beijing Winter Games, after failing to send a team to the Tokyo Olympics, IOC President Thomas Bach said on Wednesday.

“The National Olympic Committee of Democratic People’s Republic of Korea (PRK NOC) is suspended until the end of the year 2022 as a result of its unilateral decision not to participate [in Tokyo],” Bach told a news conference.

Bach said the decision meant the North Korean Olympic Committee would not receive financial support during the suspension and would definitively forfeit support that had previously been withheld due to sanctions.

The IOC chief, however, said the IOC did reserve the right to make decisions on any individual North Korean athletes who qualify for Beijing 2022 and to reconsider the duration of the country’s suspension.

North Korea was the only country not to send athletes to Tokyo and the IOC said they had been warned of the consequences of not participating.

“Throughout the process, the PRK NOC was given a fair opportunity to be heard, and received very clear warnings about the consequences of its position and the fact that any violation of the Olympic Charter would ultimately expose the PRK NOC to the measures and sanctions provided in the Olympic Charter,” the IOC executive board said in a statement.

The IOC said it had held lengthy talks and offered solutions, including vaccines, to the North Koreans but these measures had been “systematically rejected” by the country’s Olympic committee.