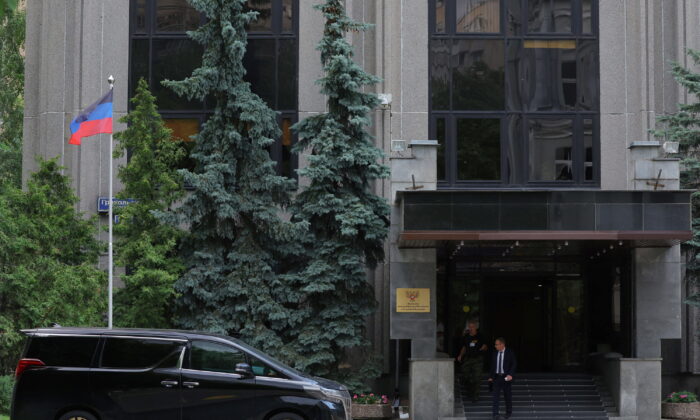 The move makes North Korea only the third country after Russia and Syria to recognize the two breakaway entities, the Donetsk (DPR) and Luhansk People’s Republics (LPR), in Ukraine’s Donbas region.

In a post on his Telegram channel, DPR leader Denis Pushilin said he hoped for “fruitful cooperation” and increased trade with North Korea, an isolated, nuclear-armed state more than 4,000 miles (6,500 km) away.

The DPR’s embassy in Moscow posted a photo on its Telegram channel of a ceremony in which North Korea’s ambassador to Moscow Sin Hong-chol handed a certificate of recognition to DPR envoy Olga Makeyeva.

North Korea’s embassy in Moscow confirmed it had recognized the independence of both entities on Wednesday, Russia’s TASS news agency later reported.

Russia, which has backed the regions since 2014, recognized them on the eve of its invasion of Ukraine in a move condemned by Kyiv and the West as illegal.

It justified its decision to launch the war, which it calls a “special military operation,” by saying it was protecting Russian-speakers who live there from “genocide.”

Kyiv and the West have dismissed these assertions as a pretext for waging war and seizing swathes of Ukraine’s territory.