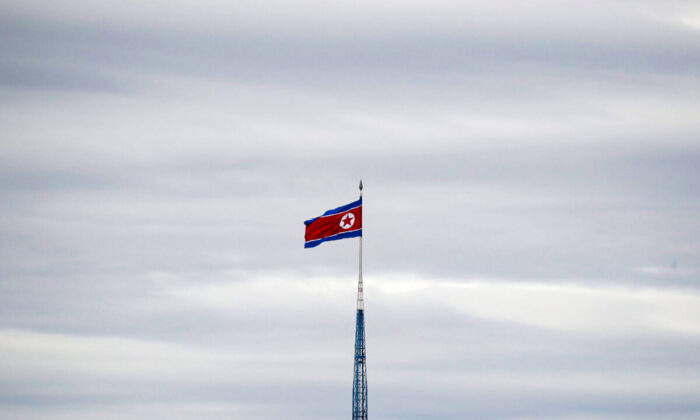 A North Korean flag flutters on top of a 160-metre tower in North Korea's propaganda village of Gijungdong, picture taken from the Tae Sung freedom village near the Military Demarcation Line (MDL), inside the demilitarised zone separating the two Koreas, in Paju, South Korea, on April 24, 2018. (Kim Hong-Ji/Reuters)
Asia & Pacific

North Korea fired a ballistic missile from a submarine on Saturday, days before the inauguration of new South Korean President Yoon Suk-yeol and U.S. President Joe Biden’s visit to South Korea and Japan.

“The missile launched this time appears to be the same model as the new submarine-launched missile fired on Oct. 19, 2021,” Kishi told a regular news conference.

“The string of missile launches while the invasion of Ukraine is under way is unacceptable,” Kishi said.

North Korea last October test-fired a new, smaller ballistic missile from a submarine, a move that analysts said could be aimed at more quickly fielding an operational missile submarine.