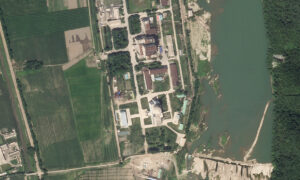 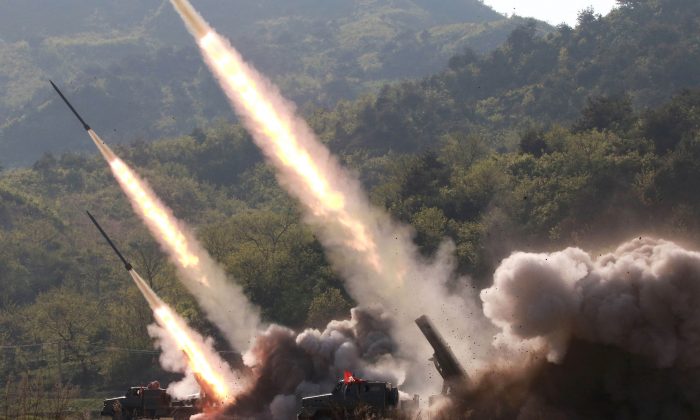 Missiles are seen launched during a military drill in North Korea, in this photo supplied by the Korean Central News Agency (KCNA) on May 10, 2019. (KCNA via Reuters)
World

The JCS said the missiles were launched from central North Korea and that South Korea, along with U.S. intelligence authorities, is currently analyzing more details about the launches.

Japan’s coast guard said it believes the two missiles were launched five minutes apart, at 12:38 p.m. and 12:43 p.m. local time (11:38 p.m. and 11:43 p.m. EST) and that they landed outside its exclusive economic zone in the waters between Japan and the Korean Peninsula, CNN reported.

The coast guard confirmed that no ships or aircraft were damaged by the missiles.

Japanese Prime Minister Yoshihide Suga called the firings “absolutely outrageous” and said they “threaten the peace and safety of Japan and the region.”

“The government of Japan is determined to further step up our vigilance and surveillance to be prepared for any contingencies,” Suga said.

The firings come just two days after North Korea had claimed to have tested a newly developed missile, the first time it has resumed weapons tests in six months. In a multi-day operation, North Korea tested a long-range cruise missile capable of hitting targets 930 miles away, according to the state-run Korean Central News Agency (KCNA).

Officials and scientists of the Academy of National Defense Science, who took part in the testing of the cruise missiles launched on Sept. 11 and Sept. 12, declared the operation a “success,” reported the KCNA.

The missile, labeled “a strategic weapon of great significance,” had been in development for two years.

U.N. Security Council (UNSC) resolutions have barred North Korea from testing ballistic missiles, and the country has been heavily sanctioned over its missile and nuclear weapons programs.

The testing of cruise missiles isn’t explicitly banned under the UNSC. However, ballistic missiles are considered to be more threatening because they can be armed with either conventional or nuclear bombs.

Some experts believe North Korea’s recent tests suggest it may be pushing to bolster its weapons arsenal amid the deadlock in nuclear diplomacy between Pyongyang and Washington.

The Associated Press and Lorenz Duchamps contributed to this report.