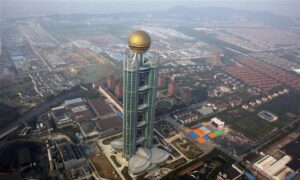 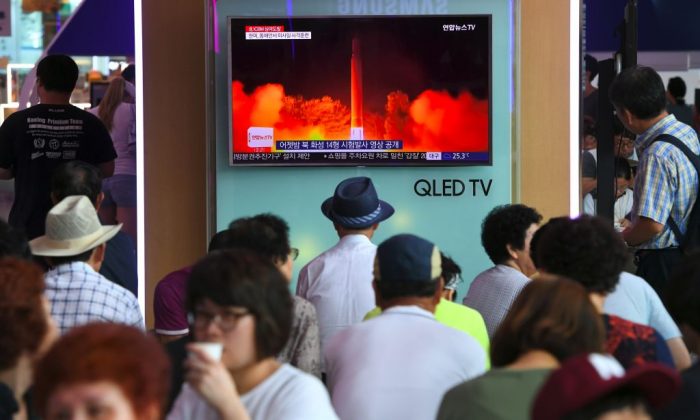 President Donald Trump’s warning to North Korean leader Kim Jong Un, promising “fire and fury,” gained much attention around the world, but tough presidential talk has not dissuaded North Korea from building a nuclear arsenal in the past.

The Kim family previously ignored tough statements from former U.S. presidents George W. Bush and Barack Obama, and forged ahead with its testing of ballistic missiles and nuclear weapons.

North Korea’s recent nuclear history has indicated that it is developments in elite Chinese politics, not bellicose talk from U.S. presidents, that will ultimately determine whether or not Pyongyang pushes its nuclear brinksmanship to a higher level.

To better gauge the threat of nuclear escalation on the Korean Peninsula, closer attention should be paid to Chinese leader Xi Jinping’s moves against a political faction led by former Communist Party boss Jiang Zemin—which has close ties with the Kim dictatorship—in the lead-up to a key political conclave in China near the end of the year.

Since taking office in 2012, Xi has been trying to consolidate control over the regime and eliminate Jiang’s faction, which enjoyed nearly two decades of dominance in the Chinese regime.

China during the Jiang era (1989–2012) was marked by long periods of booming economic growth, but was also characterized by corruption, kleptocracy, and the brutal persecution of Falun Gong, one of China’s largest spiritual communities, beginning in the 1990s.

Perhaps one of the most overlooked aspects of the Jiang era was the warm personal relations Jiang cultivated with Pyongyang.

The late North Korean dictator Kim Jong Il met Jiang in Beijing in 2004, and the two communist leaders were photographed in fraternal embrace. In 2010, then-security czar and top Jiang lieutenant Zhou Yongkang reviewed a military parade in North Korea. The three Jiang faction members in the current Politburo Standing Committee—Zhang Dejiang, Zhang Gaoli, and Liu Yunshan—have made high-profile diplomatic trips to North Korea and two of the three even attended college there.

Jiang appears to have leveraged his personal relations with the Kim family and the Chinese regime’s traditional “big brother” status with North Korea to influence the timing of Pyongyang’s nuclear tests to coincide with instances when the Jiang faction is trying to divert internal political pressure away from its members, or avoid international scrutiny of its human rights abuses (see sidebar for details).

According to China affairs expert Don Tse, “Jiang Zemin has made use of the nuclear threats from North Korea to distract American attention from Chinese human rights violations, as well as resist political attack from factions within the Chinese Communist Party.”

In contrast to the Jiang faction, Xi has not received or visited the current North Korean leader Kim Jong Un, but has met several times with Park Geun-hye, the recently ousted South Korean president. American officials say that Xi “openly disparaged” Kim during the meeting between Xi and Trump in April, according to The New York Times.

In preparation for fully consolidating his control over the Chinese regime at the Chinese Communist Party’s 19th National Congress this fall, Xi has made several big moves aimed at further weakening the Jiang faction’s influence.

Following a flurry of political appointments in the first half of 2017, more than half of China’s provincial leaders and deputies are now Xi’s supporters. By contrast, at the start of Xi’s term in 2012, Jiang’s associates dominated the provincial leadership ranks.

Then in late July this year, Xi ousted Sun Zhengcai, a Politburo member and the Jiang faction’s designated successor for the position of Chinese leader. Days later, Xi promoted 138 military generals and held a big military parade in a training facility without the presence of Party elders—moves aimed at strengthening his control over the formerly Jiang-dominated military and at showing the Chinese officialdom who is boss.

The Jiang faction, which increasingly is being pushed to the brink, may attempt to talk Kim Jong Un into further nuclear provocations in a bid to embarrass the Xi leadership, who many observers feel actually has some control over Pyongyang. The belief that Xi can rein in North Korea if only he so chooses might have inspired Trump to take trade action against the Chinese regime via an inquiry into China’s alleged theft of intellectual property.

Trump’s inquiry, however, could be leveraged by the Jiang faction to unify internal dissenting voices inside the Party—mainly disgruntled Party elites and officials forced to live less ostentatiously due to the anti-corruption campaign—against Xi.

As Xi takes further action against the Jiang faction over the next two months, expect North Korea to resort to more nuclear brinkmanship.