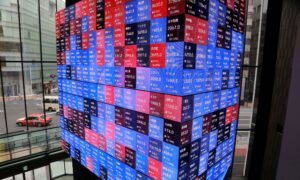 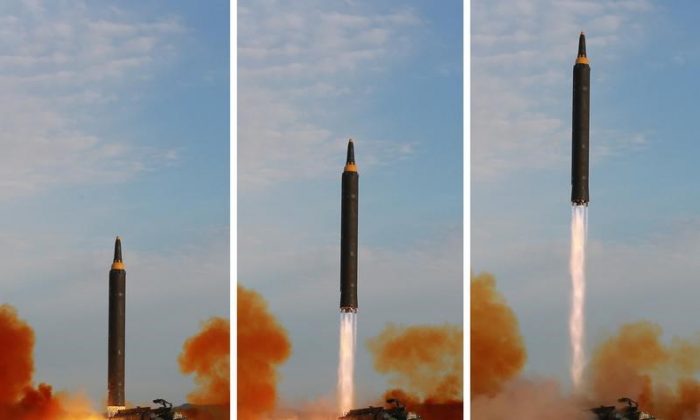 The Hwasong-12 missile in this undated combination photo released by North Korea's Korean Central News Agency (KCNA) on September 16, 2017. A Hwasong-12 flew over Hokkaido, the second largest island of Japan, on a North Korean test launch on Sept 15. (KCNA via Reuters)
Asia & Pacific

North Korea is lashing out over allegations it is using satellite launches to develop its ballistic missile program as it makes a push at the United Nations to legitimize the launches.

Speaking to a U.N. General Assembly committee on “International Cooperation in the Peaceful Uses of Outer Space,” Kim took a line that has now become the North Korean position on any challenge to its space program.

Kim called any effort to block the ballistic missiles it uses to launch its satellites an attack on North Korea’s economy and accused the United States of “going frantic to illegalize our development of outer space.”

“The Republic of Korea calls on North Korea to immediately abandon its ballistic missile programs in a complete, verifiable, and irreversible manner in accordance with numerous security council resolutions,” she said.

North Korea’s representative rejected the allegation that his nation’s “peaceful activities of outer space is for the ballistic rocket.”

He also rejected claims that those activities were prohibited by any resolution of the U.N. Security Council.

“Making an issue of our legitimate peaceful activities of outer space as a ballistic missile launch is an absolute provocation,” he said, describing North Korea’s space activities as peaceful “in every respect.”

The satellite debate comes on the heels of remarks deputy ambassador Kim made Monday threatening any country that joins the United States in any future military strike against the regime.

“As long as one does not take part in the U.S. military actions against the DPRK (North Korea), we have no intention to use or threaten to use nuclear weapons against any other country,” read Kim’s prepared remarks, Reuters reported.

“The entire U.S. mainland is within our firing range and if the U.S. dares to invade our sacred territory, even an inch, it will not escape our severe punishment in any part of the globe,” the statement read.

Kim told the General Assembly that North Korea would never put their nuclear weapons or ballistic missiles on the negotiating table “unless the hostile policy and the nuclear threat of the U.S. is thoroughly eradicated.”