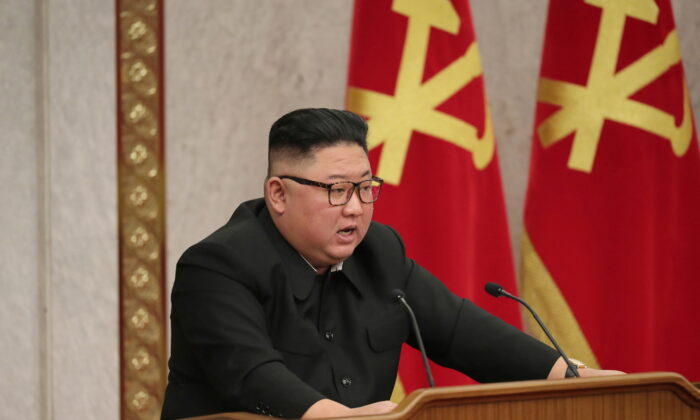 North Korea has entered a “severe emergency” after confirming its first official cases of COVID-19, with leader Kim Jong Un ordering a nationwide lockdown on May 12.

According to the Korean Central News Agency (KCNA), a number of people in Pyongyang, the North Korean capital, had contracted the Omicron coronavirus variant, also known as BA.2, although no further details were provided as to the exact number of people who have tested positive or possible sources of infection.

The samples of the infected people were collected on May 8, the news agency stated.

North Korea’s confirmed infections come more than two years into the COVID-19 pandemic. The country has claimed to have kept the virus at bay, despite it spreading rapidly across the globe.

The nation was one of the first countries to shut down its borders in January 2020 in an effort to prevent the virus from spreading via foreign countries.

However, experts have widely disputed North Korea’s claims regarding having zero cases of COVID-19.

“There has been the biggest emergency incident in the country, with a hole in our emergency quarantine front, that has been kept safely over the past two years and three months since February 2020,” the state-run KCNA news agency said in reference to the new cases.

KCNA stated that Kim ordered the nation to “strictly lock down” across all regions to prevent the highly-transmissible virus from spreading and vowed to eradicate the outbreak.

He also said emergency reserve medical supplies would be mobilized, according to KCNA.

This isn’t the first time that Kim has ordered a lockdown in his country, albeit not on such a large scale.

In July 2020, the North Korean leader declared a “maximum emergency” and ordered Kaesong, which is located near the border with South Korea, to be placed on lockdown for three weeks after a suspected COVID-19 case was reported.

Research and advocacy organization Human Rights Watch warned earlier this year that North Korea’s strict pandemic measures, including shutting down its borders to foreign visitors and trade, have further strengthened the government’s already strict control over its people while simultaneously creating a humanitarian crisis.

“North Korea used COVID-19 restrictions to further oppress the North Korean people while igniting a crisis over access to food, medicine, and other essential goods,” said Lina Yoon, senior Korea researcher at Human Rights Watch. “Governments and international institutions should press the North Korean government to accept monitored international assistance like food, vaccines, and medicine and to be transparent and non-discriminatory in addressing the pandemic.”

According to the latest data from the World Health Organization, 64,207 North Koreans have received COVID-19 testing and all tests had been found negative as of March 31.

However, it’s unclear if or how many of North Korea’s population of 26 million people have been vaccinated, given that the nation rejected shipments of vaccines from the COVAX global COVID-19 vaccine-sharing program and the Sinovac Biotech vaccine from China, which would require international monitoring.

South Korea’s government said on May 11 that it had issued renewed offers of humanitarian assistance to North Korea following news of the outbreak, but that Pyongyang has yet to respond.