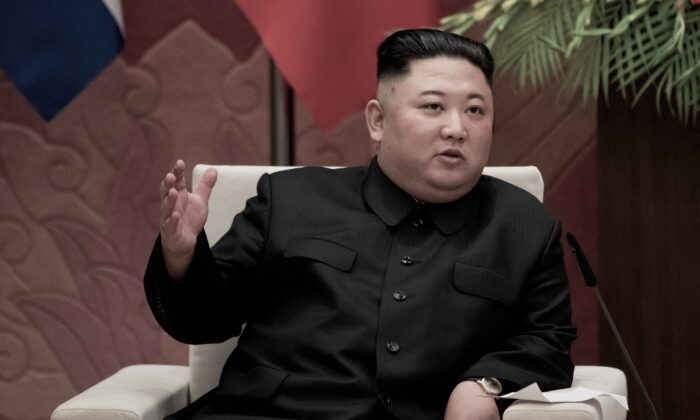 SEOUL/WASHINGTON—North Korea used what would be its largest ever intercontinental ballistic missile (ICBM) system in two recent launches, and appears to be restoring some tunnels at its shuttered nuclear test site, U.S. and South Korean officials said on Friday.

The reports are the latest to suggest the country may soon follow through on threats to resume testing long-range ICBMs or nuclear weapons for the first time since 2017.

Yoon Suk-yeol has said that pre-emptive strikes may be needed to counter any imminent attack by the North and has vowed to buy American THAAD missile interceptors, while remaining open to restarting stalled denuclearization talks.

Reclusive North Korea and the affluent, democratic South are technically still at war because their 1950–53 conflict ended in a ceasefire, not a peace treaty.

South Korea’s military said on Friday it had detected unspecified activity to restore some tunnels at Punngye-ri, the North’s only known nuclear test site, which were demolished with explosives when it was closed in 2018.

Analysts say that with few details on the extent of the demolition, it is unclear how quickly the site could be used again. It is also unclear if the activity is related to a number of small natural earthquakes recently reported in the area.

The Pentagon and U.S. State Department declined to comment on “matters of intelligence” when asked about Punngye-ri.

In what Washington called a “serious escalation requiring a united global response”, North Korea used a huge new ICBM system in launches on Feb. 27 and March 5, according to U.S. and South Korean officials. Seoul issued a strong condemnation and urged Pyongyang to immediately stop actions that heighten tension.

“The purpose of these tests, which did not demonstrate ICBM range, was likely to evaluate this new system before conducting a test at full range in the future, potentially disguised as a space launch,” Pentagon spokesman John Kirby said in a statement.

North Korea did not specify what missile was used, but said it tested components for reconnaissance satellites that leader Kim Jong Un said would soon be launched to monitor military activity by the United States and its allies.

It says its military activities, including nuclear weapons, are its sovereign right and only for self defense. It accused the United States and its allies of threatening it with “hostile policies” such as military drills and sanctions.

The U.S. Treasury, which has imposed a range of sanctions on North Korea over its weapons programs, announced fresh steps on Friday in response to the launches, targeting Russian individuals and companies it linked to Pyongyang’s procurement activities for its missile programs.

A senior U.S. administration official said before the announcement the aim of the new sanctions was to help prevent North Korea “accessing foreign items and technology that enable it to advance its weapons programs.”

He said the steps would be followed by a range of further actions in coming days.

Japanese Prime Minister Fumio Kishida and Yoon said they had agreed to ramp up three-way ties with the United States in responding to North Korea’s evolving military threat.

Japan is also considering imposing additional sanctions against North Korea, as well as other diplomatic options, Kishida told reporters after a phone call with the South Korean president-elect.

U.S. Deputy Secretary of State Wendy Sherman, in a call with her counterparts in Japan and South Korea on Friday, again condemned Pyongyang’s launches and said Washington would continue “efforts to seek diplomacy,” the U.S. State Department said in a statement.

The United States and South Korea both said the missile system, known as the Hwasong-17, was unveiled at an October 2020 military parade in Pyongyang and reappeared at a defense exhibition in October 2021.

Analysts said the tests probably only used one stage of the huge Hwasong-17, and may have adjusted its fuel use to fly at lower altitudes.

The intelligence assessments, released simultaneously by the United States and South Korea, came as North Korean state media reported on Friday that Kim had inspected the Sohae Satellite Launching Ground.

The facility has been used to put a satellite in orbit and also to test various missile components including rocket engines and space launch vehicles that South Korean and U.S. officials say require similar technology to that used in ICBMs.

North Korea “has historically used its space launches to try to hide its attempted advancements of its ICBM program”, the U.S. official told reporters.

At the Sohae station, Kim inspected facilities and ordered them to be modernized and expanded to ensure that “various rockets could be launched to carry multi-purpose satellites, including a military reconnaissance satellite”, the North’s KCNA news agency reported.

“I think that the North Koreans are genuinely working on a set of technologies that have applications across both ICBMs and satellites,” said Ankit Panda, a senior fellow at the U.S.-based Carnegie Endowment for International Peace.

By Josh Smith and David Brunnstrom