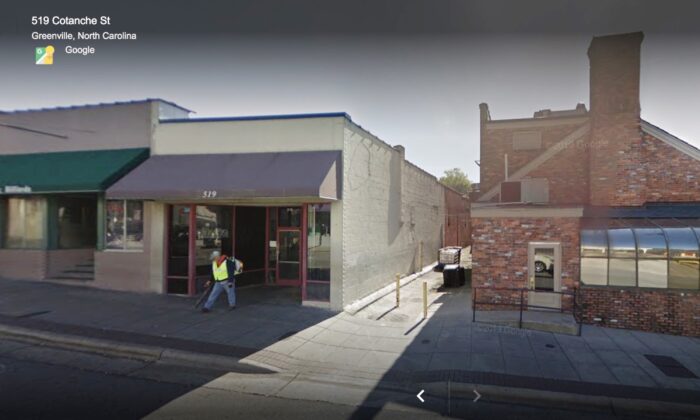 North Carolina Gov. Roy Cooper is being sued by the owner of a popular Greenville bar over emergency shutdown orders purportedly aimed at stemming the spread of the CCP virus, also known as the novel coronavirus.

The lawsuit comes as courts, including the U.S. Supreme Court, are becoming increasingly receptive to overturning or modifying pandemic-related executive orders, especially those that conflict with religious freedom.

The plaintiffs are Crystal Waldron, co-owner and vice president of Club 519, and Club 519 itself, which is a North Carolina corporation. They claim the gubernatorial fiats that have kept Club 519, a community bar, shuttered for more than nine months, while allowing plenty of other establishments that sell alcoholic beverages to stay open for business, are discriminatory and violate the state’s constitution. Violating the orders can lead to fines and jail time.

The lawsuit, Waldron v. Cooper, was filed in state court in Wake County on Dec. 21.

Cooper, a Democrat, declared a statewide emergency in North Carolina that has been in effect since March 10. Since then, the governor followed up with more executive orders that allow nearly every establishment that sells alcoholic beverages to remain open but that force most “private bars”—meaning establishments that serve alcohol but not food—to remain closed. The legal concept of “private bars” is a regulatory distinction left over from the Prohibition era.

Cooper has claimed that alcohol-selling establishments such as breweries and wineries bring in tourism, so they should be allowed to stay open, Thompson said in an interview with The Epoch Times.

The governor has been picking winners and losers, and “this economic favoritism isn’t constitutional and isn’t right,” she said.

“Such arbitrary action is hardly surprising when the governor has usurped legislative authority to unilaterally control the state’s response to COVID-19. Fortunately for the Waldrons, the North Carolina Constitution prohibits this unequal burden on the fundamental right to earn a living and guarantees the separation of powers in the state.”

The General Assembly in Raleigh attempted to overturn Cooper’s orders, as detailed in the legal complaint.

It approved House Bill 536 on May 28, which would have allowed private bars to reopen with certain restrictions. The governor vetoed the bill on June 5.

On June 10, the General Assembly approved House Bill 594, which also would have allowed bars to reopen with certain restrictions. Cooper vetoed that bill on June 18.

Currently, bars can only serve outdoors at a 30 percent capacity, while bars in many other places are allowed to operate at 50 percent capacity—indoors or outdoors. Like many private bars in North Carolina, Club 519 has no outdoor space, so under Cooper’s edicts, it must remain closed.

Club 519 states in its legal complaint that it’s willing to abide by the same requirements imposed on bars in restaurants, eating establishments, wineries, distilleries, breweries, taprooms, brewpubs, cideries, meaderies, private clubs, bottle shops, and wine shops. The bar is losing between about $38,000 and $62,000 in total income each month it remains closed, and its fixed costs continue despite the shutdown.

According to Pacific Legal Foundation, Crystal and her husband, Kenneth Waldron, have spent more than 18 years making Club 519 a popular fixture in Greenville, “but if they don’t reopen soon, they will be forced to close their doors forever and lose their primary source of income.”

Businesses across the nation have been hit hard by pandemic-related forced closures and operating restrictions.

As of Aug. 31, 163,735 U.S. businesses listed on Yelp, a website that publishes crowd-source reviews about businesses, had closed since March 1. Of that total, 97,966, or about 60 percent, had permanently closed, according to a Yelp study.

The restaurant industry has been the hardest hit, with 31,109 closures in the period studied, 19,590 of which were permanent.

“Foods that work well for delivery and takeout have been able to keep their closure rates lower than others, including pizza places, delis, food trucks, bakeries and coffee shops,” the report states.

Bars and nightlife, an industry six times smaller than restaurants, has experienced an especially high closure rate. In the period studied, there were 6,451 closures, of which 3,499, or 54 percent, were permanent.

Cooper’s office didn’t immediately respond to a request by The Epoch Times for comment.