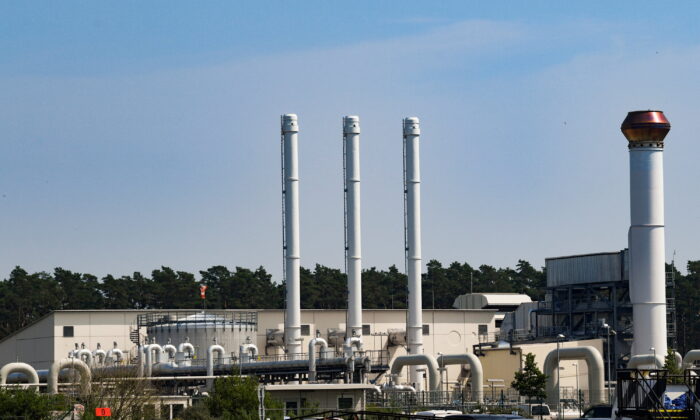 A view shows pipes at the landfall facilities of the 'Nord Stream 1' gas pipeline in Lubmin, Germany, on July 21, 2022. (Annegret Hilse/Reuters)
Energy

The pipeline, which accounts for more than a third of Russian gas exports to the European Union, resumed on Thursday after a 10-day outage due to maintenance.

While flows remained at pre-maintenance level of 40 percent capacity, concerns about full halt of Russian flows via the pipeline remain due to political uncertainty.

Nominations for Russian gas flows into Slovakia from Ukraine via the Velke Kapusany border point remained steady on Friday and stood at 36.9 million cubic meters (mcm) per day, unchanged from the previous day, data from the Ukrainian transmission system operator showed.

Gazprom said its supply of gas to Europe through Ukraine via the Sudzha entry point was expected at 41.9 mcm on Friday, down slightly from 42.2 mcm a day earlier.