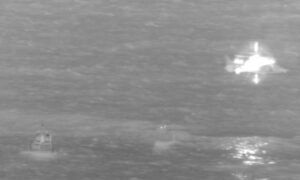 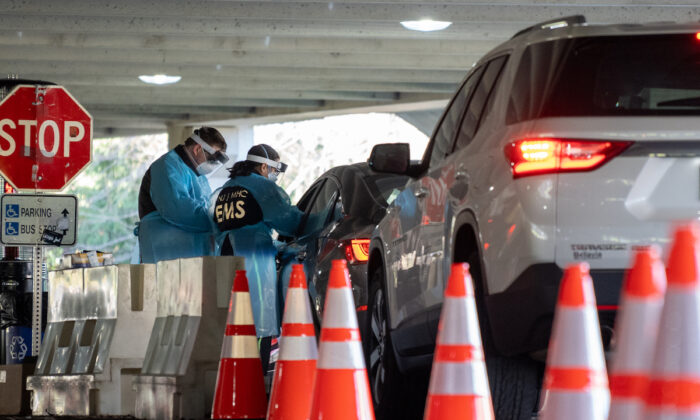 People come to be tested for COVID-19 at a test site in a file photo. (David Dee Delgado/Getty Images)
US News

The state of Hawaii announced it would reintroduce restrictions on social gatherings due to the COVID-19 Delta variant.

“With COVID-19 cases going up, the State of Hawaiʻi is taking precautions now to avert a strain on our healthcare systems. To that end—I’ll be signing an Executive Order that will limit social gatherings, effective immediately,” Gov. Dan Ige, a Democrat, announced Wednesday on Twitter.

The order would limit capacity at restaurants, bars, gyms, and social establishments to 50 percent of capacity. It also caps indoor and outdoor gatherings to 10 and 25 people, respectively.

“Patrons in restaurants bars and social establishments must remain seated with parties maintaining at least 6 ft distancing between groups (with maximum groups size of 10 indoors and 25 outdoors); there will be no mingling, and masks must be worn at all times except when actively eating or drinking,” according to a news release from his office.

The order also stipulates that county governments “will review proposals for all professionally sponsored events for more than 50 people, to ensure that appropriate safe practices will be implemented.”

The policies will remain in effect until Oct. 18, according to Ige’s office, unless another order is implemented.

The government of Hawaii in June raised social gathering limitations to 25 indoors and 75 outdoors amid a decline in cases.

Hawaii, with more than 60 percent of its population fully vaccinated, has witnessed a rise in cases by 168 percent between July 26 and August 8, said the state’s department of health.

Across the United States, according to data from the U.S. Centers for Disease Control and Prevention, the number of COVID-19 cases has surged in recent weeks.

The CDC’s data, however, also shows that the U.S. death count is nowhere near as high as it was in early January 2021, when more than 4,100 people died across the country in a single day. As of Aug. 9, the seven-day average for COVID-19 deaths is 434 per day.

Ige’s move comes as the federal government has increasingly pushed for vaccinations. This week, the Department of Defense announced it would mandate all military members to get the COVID-19 shot, while the CDC on Wednesday recommended that pregnant women get the vaccine.