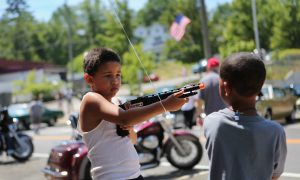 When Toy Guns Cause Real Harm
0 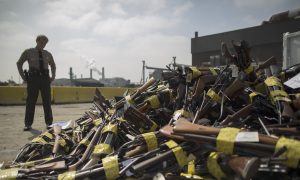 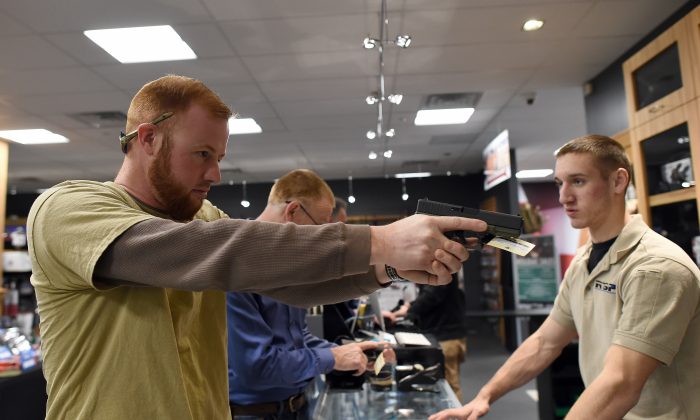 A man checks out a handgun for sale at the RTSP shooting range in Randolph, N.J., on Dec. 9, 2015. (Jewel Samad/AFP/Getty Images)
New York

In June, Carol Bowne was stabbed to death in her driveway by an ex-boyfriend in Berlin, New Jersey. She had applied for a handgun permit, but her application was delayed beyond the statutory limit of 30 days.

It just so happened that Christie announced the commission the eve before he declared his presidential bid.

Although New Jersey was once praised by gun control groups for having relatively strict gun laws, some lawmakers have since had a change of heart.

In 2013, New Jersey was ranked as the state with the third strictest firearm laws by the Brady Campaign, a gun control advocacy group. It was just behind California and Connecticut.

New Jersey also had the fifth lowest rate of deaths related to gun violence, according to the group’s report.

The commission’s suggestions, which Christie has since endorsed, also call for police departments to establish uniform standards for processing gun applications in New Jersey.

The changes will also clarify who can transport firearms.

“New Jersey’s extraordinarily strict and expansive gun control laws and regulations have given rise to rules and restrictions that are complicated and unfair to law-abiding New Jerseyans,” Christie said in a statement.

Recommendations do not require a change in legislation.

“The terrible tragedy involving Berlin resident Carol Bowne this past summer, and far too many instances of gun owners facing severe criminal penalties when they have no intent to violate the law, compelled the need to take a fresh look at whether our laws and rules around gun ownership are working,” the governor said.

The committee’s recommendations do not require a change in legislation, which would need approval by a Democrat-controlled Legislature.

Instead, the report outlines administrative changes that Christie said he will work with the attorney general to put into effect “as quickly as possible.”

Moreover, a legislation that would have made it harder for people with a history of mental illness to expunge their mental health records for the purpose of buying guns did not pass in the New Jersey Assembly in early December.