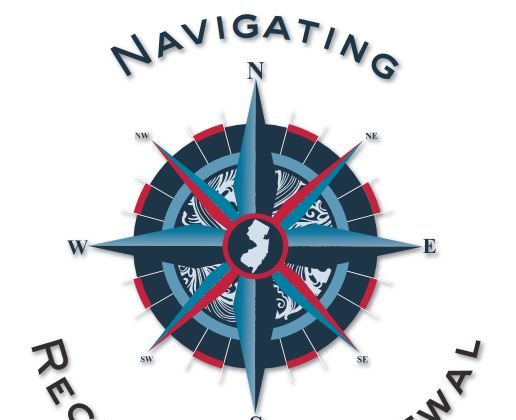 NJ – Governing “With the Spirit of Sandy”

The 98th Annual League of Municipalities Convention luncheon on November 21, 2013, was supposed to be the traditional annual address to a bipartisan gathering of the Mayors and Councilmembers that make up New Jersey’s 566 Municipalities.  The theme was “Navigating Recovery & Renewal” (or “Dealing with the Devastation of Sandy”). And NJ Governor Chris Christie was a no show.

The League of Municipalities is not an imaginary group of cartoon Superheroes like we used to watch on Saturday mornings, but it is a pretty important group of folks in the State of New Jersey who help train and educate ordinary folks on how to be better elected officials.

Many folks wonder how New Jersey can operate as a cohesive government when everyone here is from a small town, with the exception of a few big cities such as Camden, Paterson, Jersey City, Hoboken and Newark.  Well, this is how:  The League of Municipalities, which predates Prohibition, has a yearly convention in Atlantic City and anyone who is anyone in NJ government is usually there.

During the day, the trade show floor is filled with heavy trucks and the seminars are filled with eager newly elected officials who have no clue what they just won – the chance to be confused by ethics laws, shady contractors and the ability to spend lots of money.  At night it is Jersey version of the Academy Awards with shadows of Boardwalk Empire. Everyone shows up and is wined and dined at amazing parties to network and meet and greet other Mayors, Council members, and the vendors who keep the towns and cities in asphalt, fire trucks, and snow plows. The consultants always throw the most lavish parties, although Bergen County’s Democratic Party Boss Joe Ferriero’s (now indicted for racketeering) were legendary.

Every year I go because as a Licensed NJ engineer, I want to learn the latest info at the seminars, and to learn about problems being solved elsewhere and as a geek I love to look at the new technology for greening Public Works projects.  I also like to go because a lot of the seminars are about flooding, and I feel I can help bring some light to the discussion.  It is the one annual convention where elected officials who sit through endless and often boring meetings all year, get to actually have fun and unwind with other folks who understand their pain.

Plus, Jersey politicians as a rule are funny and gregarious. You can’t get too far if you aren’t. A sense of humor is a requirement.  And after last week, I think most Americans can now understand why.  NJ politics can be a theater of the absurd and if you can’t laugh, you can get too depressed.

Well, traditionally since you have nearly as many Mayors as you will ever have in one place in literally one room, the League Luncheon is the highlight of the week.   All the dignitaries are seated on the dias at a very long table facing the crowded tables filled with Mayors, Councilmembers, Borough Administrators, Engineers and Attorneys.  There are usually so many Mayors in the room, you can throw a dinner roll in any direction and hit five of them.  There were 4 Mayors just at my table.  And so, when the Governor speaks he is essentially addressing practically the entire state, county, and local government in one room.

The speechifying goes on quite a while, but the main attraction aside from the Official Town crier (yes, NJ has an official actual town crier) and the National Anthem, is whoever is in the Governor’s seat at the time. Christie was the scheduled speaker for 2013.

At least he was when I bought my ticket two days before -when the convention started.  But, when we arrived and sat down, we were given an itinerary that no longer had Christie on it. Christie had bailed. Lt Governor Kim Guadagno was thrilled to be the main speaker instead.  Granted, she was funny, but the Mayors wanted to hear from their Governor. Governor Sandy.  I was even hoping to possibly meet him as I had met Governor Corzine years before.  But I, like many others were taken aback at the slight.

The theme of the convention was recovering from Sandy.  The 2012 convention was actually cancelled making this the very first chance to address all the Mayors who had felt the wrath of Sandy firsthand in one room.

Why did Christie skip town? He had a date with the Republican Governors instead, like he is doing this weekend to avoid the hurricane up here.  The insult was too egregious for one Bergen County Mayor at my table (I won’t give her name – lest her town suddenly develop a traffic problem) who walked out in protest.

Perhaps he was not anxious to face the Mayors from Hoboken and Jersey City who were comparing notes with other Mayors about how much money they got (or didn’t) after Sandy – the theme of the Convention.  We are only just learning the discrepancy in how recovery funds were distributed now.  Perhaps he wanted to avoid questions about the lane closures in Fort Lee.

Barbara Buono had warned us that Christie was not running for Governor, but wow.  The election was November 5, and Christie basically dissed every Mayor in the state on November 21.  That wasn’t even three weeks.   This gives you some idea of just how fast Christie went into campaign mode for 2016.  Christie disrespected  not just Mayor Sokolich, Mayor Zimmer, and Mayor Fulop, but every Mayor in the state.  At the same time.

I was shocked that the newspapers did not carry this story of him avoiding the League Convention when it happened.   I am sure I was not the only observer who noticed that Governor Chris Christie had stood up the entire state at once.

The Governor had vowed on election night to govern “with the Spirit of Sandy”.  Looking back, and in light of Hoboken Mayor Dawn Zimmer’s revelations on Up with Steve Kornacki this morning, of a shakedown by Christie’s office in May of 2013 over Sandy recovery funds, that is a chilling thought. Sandy wasn’t too nice.