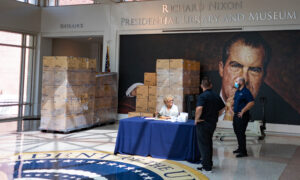 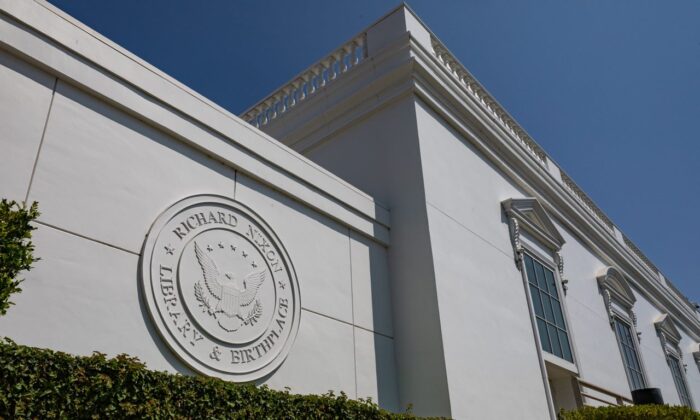 The Richard Nixon Library and Presidential Museum opened its galleries to the public May 19 after a closure spanning more than 14 months due to the pandemic.

The facility, which houses more than 70 visual exhibits that take visitors through the life and career of the 37th president, was completely renovated in 2016. The Yorba Linda, California, museum includes a full-sized recreation of President Nixon’s Oval Office and a 12-foot original section of the Berlin Wall.

Three new exhibitions will greet visitors, including The Presidents Club, a storyteller archival exhibit that was open briefly last year. The exhibition is an intimate look at the friendships and rivalries between some of history’s most well-known U.S. presidents, from America’s Founding Fathers to present-day leaders.

“Over the past year, we’ve built three very special exhibits that visitors haven’t had a chance to see,” Richard Nixon Foundation spokesperson Joe Lopez told The Epoch Times. “We’ve worked diligently toward our reopening, and the exhibits are ready to go as of today.”

Another new exhibit, Evening the Odds: Women Leading the Way, is a permanent display showcasing the Nixon administration’s legacy to advance women in athletics, politics, and business.

“One of the goals of the Nixon administration was to increase the amount of women in executive-level leadership positions in the federal government,” Lopez said. “They ended up tripling the number of women in those positions and it reverberated throughout the government. And not just the federal level, but state and local levels, and in the private sector as well.

“The exhibit tells the story of the women that were involved in those initiatives and that made progress toward where we are today. It also covers the signing of Title IX, the landmark law that allowed girls and women to participate in school athletics, and it provided funding for women’s athletics; we see the impact of that almost 50 years later.”

The President and the Planet is an outdoor exhibit that runs throughout the entire campus, focusing on the Nixon administration’s consequential environmental initiatives still in play today.

“Not many people know about President Nixon’s environmental programs,” Lopez said. “He created the U.S. Environmental Protection Administration (EPA), he signed the Endangered Species Act, the Marine Mammal Protection Act, the Clean Air Act, and the Clean Water Act, so he had quite a record when it comes to the environment. What better way to highlight this than having an outdoor exhibit on his environmental initiatives.”

Lopez said that The President and the Planet exhibit is geared for kids and families, with fun interactive elements such as animal footprints throughout the grounds that children can discover. The museum staff worked with several local artists on the exhibit, which also includes animal sculptures and other artwork.

Guests can also tour the president’s farmhouse birthplace, as well as the Pat Nixon Rose Gardens and Memorial Site of President and Mrs. Nixon.

The May 19 opening marked the first time library visitors could tour the museum since it closed. Advance ticket purchases are recommended.