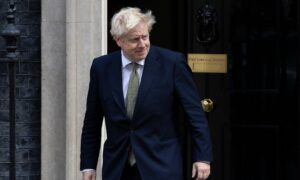 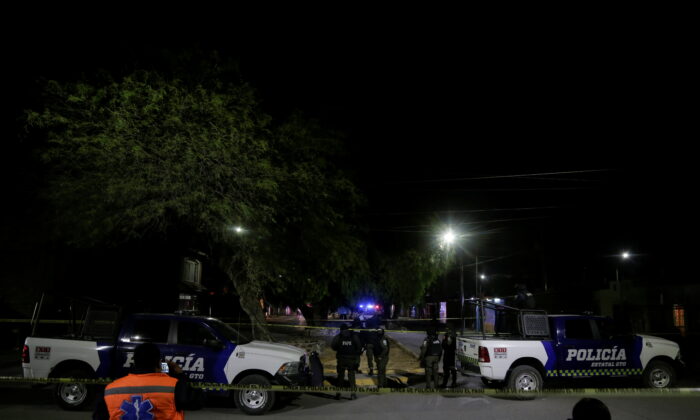 Police stand guard near a crime scene after unidentified gunmen burst into a wake killing several people, according to authorities, in Celaya, Mexico, on Jan. 7, 2021. (Sergio Maldonado/Reuters)
Americas

Nine Killed in Armed Attack on Wake in Central Mexico

MEXICO CITY—Unidentified gunmen burst into a wake in the central Mexican city of Celaya late on Thursday and shot dead nine people, authorities said, one of the worst outbreaks of violence to hit the country during the past few weeks.

One person was also wounded in the attack outside a house where the wake was being held in a neighborhood in the west of Celaya, the municipal government said in a statement.

Celaya is in the state of Guanajuato, one of Mexico’s main flashpoints of gang violence in the past few years and a major hub for the automotive industry.

Heavy, rapid gunfire could be heard ringing out in video footage shot close to the attack and broadcast by Mexican media.