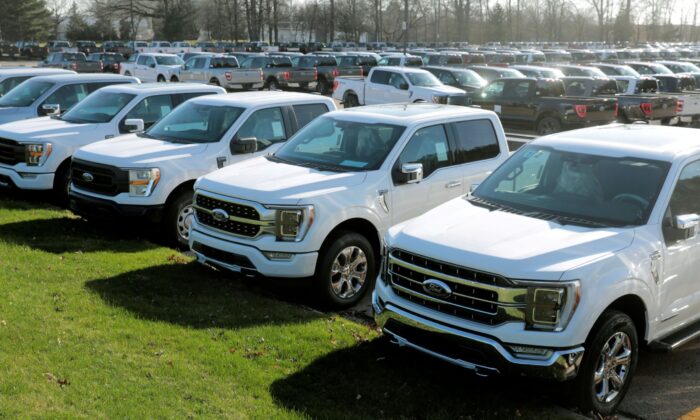 A bipartisan group of governors from nine states sent a letter on Wednesday to U.S. lawmakers urging them to pass subsidies for semiconductor factories that would produce chips for cars.

The governors, who include Michigan Democrat Gretchen Whitmer, called on Congress to pass the $52 billion CHIPS Act, which would set aside $2 billion for the kind of older-technology chips of which there is a deep shortage in the automotive industry.

The group, which also includes the governors of auto-producing states like Alabama, said the shortage had cost automakers 2.2 million vehicles and affected 575,000 jobs in the industry.

“The global auto chip shortage has hit Michigan and states across the country hard, idling plants and slowing production, threatening thousands of auto-related jobs up and down the supply chain,” Whitmer said in a statement. “With no end in sight, it’s clear we have no time to lose if we’re going to protect jobs and maintain our competitive edge.”

The semiconductor funding passed the U.S. Senate earlier this year by 68–32 as part of the broader U.S. Innovation and Competition Act, or USICA. But it has not passed the House of Representatives.

Elements of the broader bill have drawn opposition from some House members who worry that it does not have safeguards to prevent research funds from benefiting China, the United States’ primary global competitor.

“We understand that the House of Representatives has its own priorities with respect to the policies and programs included in USICA, we hope the two chambers will now come together quickly to find common ground with respect to this legislation, including full funding for the CHIPS Act re-shoring provisions, as soon as possible,” the governors wrote.

By Ben Klayman and Stephen Nellis